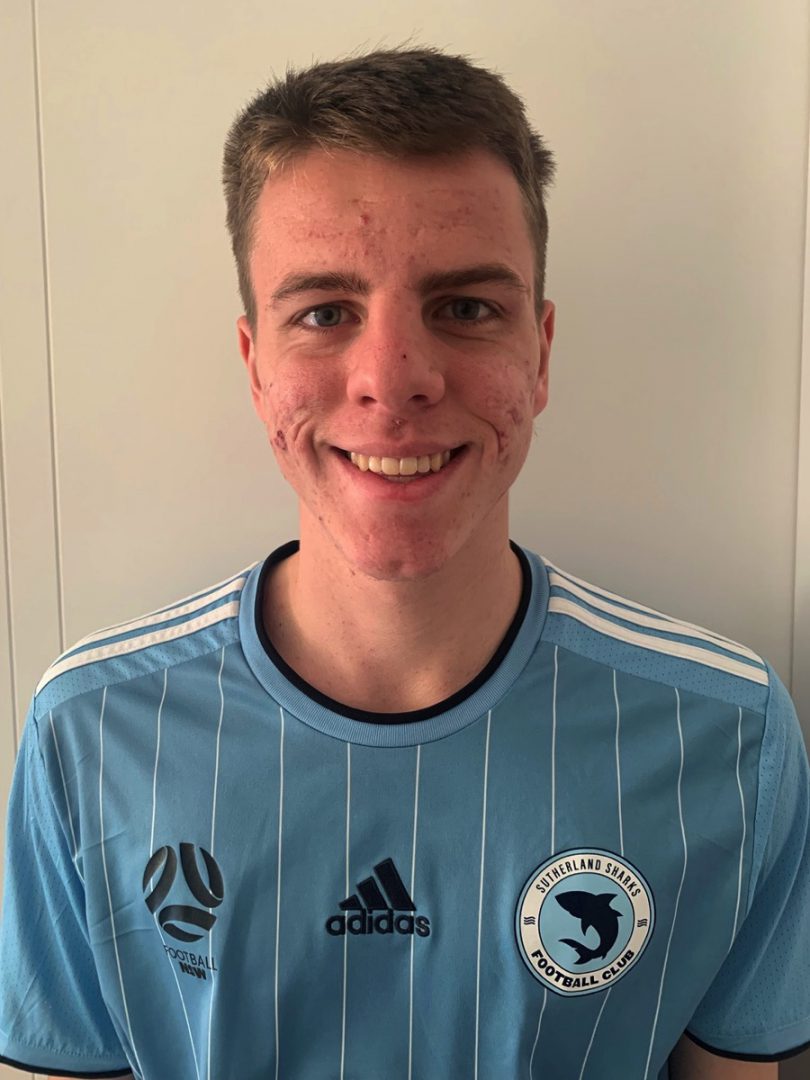 Sutherland Sharks Head Coach, Steve Gordon, added him to the squad in the last two games with his official full game starting debut arriving against the Northbridge Bulls.
Fotopoulos had been elevated from the 18s to the 20s squads and now is training with the First Grade team.
The aspiring young Australian footballer, played a full match in this NPL1 fixture, helping his beloved Sutherland Sharks FC compete against Northbridge Bulls at Seymour Shaw Park, putting in a solid performance in the left back position.
During 2019, the former Earlwood Wanderers football junior, helped his Endeavour Sports High School and Sutherland Sharks FC National Premier League Youth U15 Team reach two Grand Finals in the space of two weeks.
“Playing first grade has been a challenge I have worked on every day to achieve,” he said.
“I am grateful for the opportunity that has been made possible by all the coaching staff from Youth to now, without their support and encouragement this would not have been possible.”