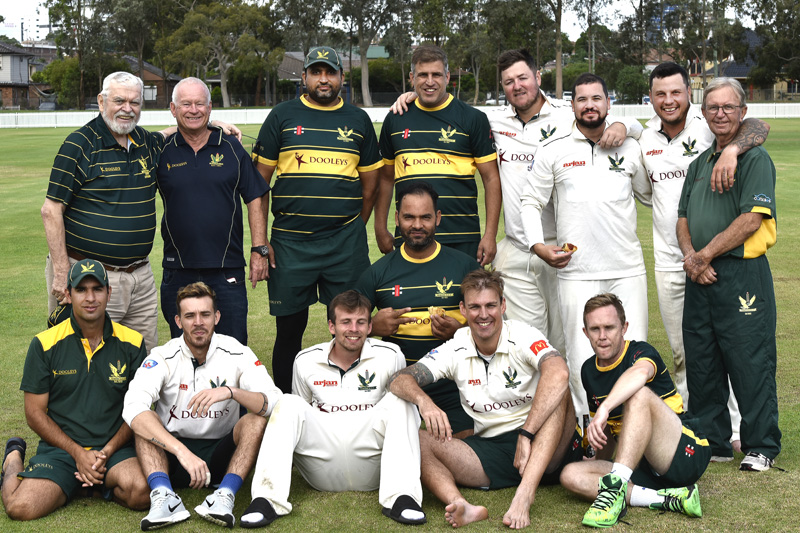 Now the hard slog over the next three weeks, will decide who will be the premiers.
After batting through last Saturday, Auburn closed its innings 5(dec)-270.
Warringah started as they should, carefully. Nasim ‘Nas’ Jalil struck in the third over and Raj, ‘Rocky’ Lamba struck in the next leaving Warringah to bat on without both openers.
Eventually Warringah were all out for 140. The captains agreed that the outright win was unlikely so both teams had an early mark.
The Eagles’ second grade produced a stunning and unlikely outright win against Warringah.
The scores were Warringah, 168 and 114 and Auburn, 195 and 5-90.
Captain Martin Azzimi had a blinder with the ball taking 6-51 and 5-32. In the first innings, Auburn were 9-153, chasing Warringah’s 168 in a tight finish.
Eventually Auburn got to 195. Martin Azzimi then dissected Warringah’s batting leaving the simple task of Auburn to romp home with 5-90. That left Auburn with an outright win and top spot in the finals series.
In third grade, Warringah 7(dec)-297 easily won first innings, with Auburn scoring 190. Third grade is still in the finals series, in fifth place.
Warringah posted a mammoth 301. Auburn scored 81 and 7-114 to stave off the outright loss. The Eagles hopes are still alive.
All the Eagles junior teams won into their finals, with the Under 10s winning the grand final.