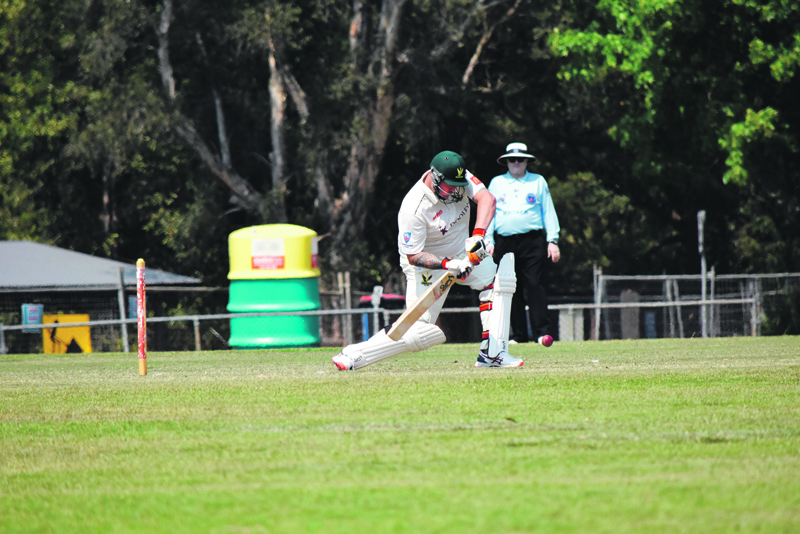 THE first grade Auburn Eagles are still dominant after day one of their two-day match against Lindfield.

All grades are in commanding positions, with fourth grade already having first innings points in the bag.
Nasir Jalil was captain of first grade with Ardil Domingo on new baby duty. Nas won the toss and chose to bat.
New Eagle Corey Lowe came in at three and set a standard with a well-constructed 103, and Yasior Ali inflicted damage with a brutal 60. Nas declared 8(dec)-267 to give the Eagles 7 overs.
And strike they did with Raj ‘Rocky’ Lamba snaring 3-7. Next Saturday the Eagles will secure first innings points and try to get Lindfield out for the outright points.

Second grade are in a good position with 208 runs.
With a bowling attack good enough to play first grade, they should get the six points.
Mo Dewji was back captaining third grade after a sojourn in top grade.
Mo had batsmen running amok and finally showed mercy at 8(dec)-388. Mark Long scored 88, Adam Young, 83, Udesha Suraweera, 36, Marlon Meurling, 38, Phil Butterfield, 32 and Simon Zammit, 38, all feasted in the run-fest.
At stumps, the Eagles bowlers had Lindfield, 3-56. Matt Long took 2-17.
The fourth grade Eagles had Lindfield back in the showers for just 68.
Amir Ajineh took 5-16 with some surgical bowling. In reply, thirds were 4-102 and the six points for a first innings win secured. This puts them in a commanding position to get the outright win for 10 points next week.
In fifth grade, Eagle Saud Rana took 4-8 to keep Macquarie University to just 100. Eagle batsmen then brought the team home at 8-101 in this 50-over match. Eagle Ravi Sharma top scored with 32.