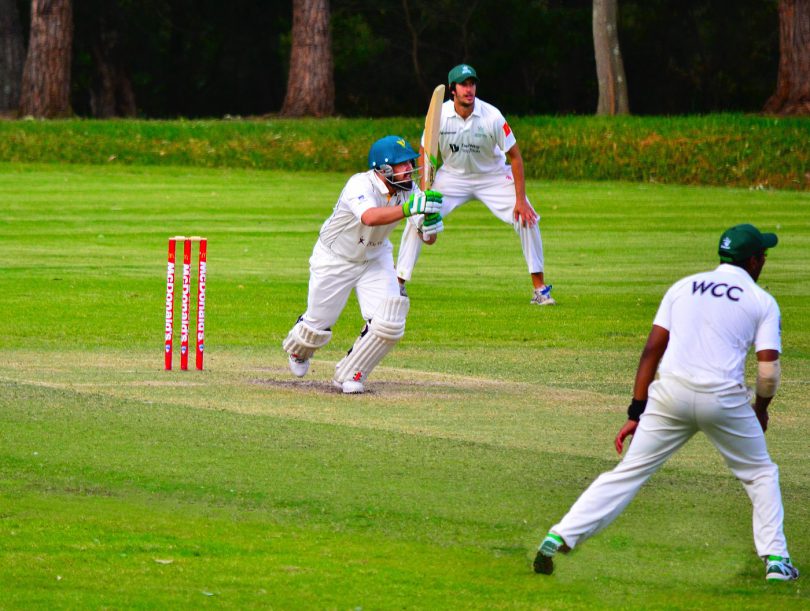 AFTER their dominant season last year, the Auburn Eagles are looking to regain their mojo and the top position in this year’s Sydney Shires first grade Competition.

Auburn’s skipper Ardil ‘Dill’ Domingo won the toss and chose to bat.
His captain’s knock of 68 was the difference but Najeem Azzimi hit 31 and Yasir Ali 24. Tom ‘Tommygun’ Wood took 3-30 with his fizzing leggies.
At the end of the 50-over match, Auburn 180 defeated Balmain South Sydney 178.
The second grade Eagles 171 dominated in their match defeating Balmain South Sydney 87.
Third grade got in among the spoils by bowling Balmain South Sydney out for 127. They then cruised home 3-128. Adam Young dominated with 57 not out.
Only the fourth grade Eagles tasted defeat, while Fifth grade shone with 199 runs and defeated Roseville 135.