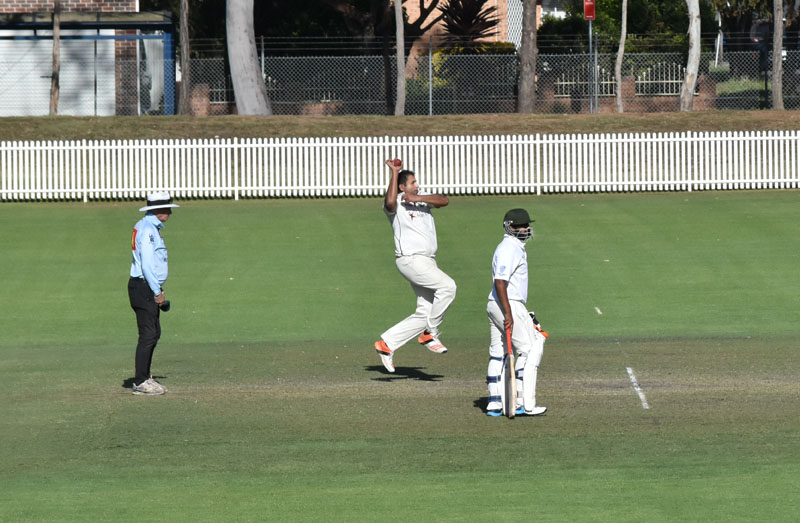 THE Auburn Eagles won all grades when they took on Pennant Hills Pumas on the second day of play in the Sydney Shires cricket competition.

With first innings points secure, the Eagles 7(dec)-275 chose to bat on to set a large target and bowl the Pumas again for an outright win. Auburn’s George Parry pitch offered nothing for either pace or spin and the Pumas got to 9-232 saving them from an outright win.
Eagles batsmen Jarrod Gordon, 43, Sam Evans, 84, Nasir Jalil, 66, Mohammad Ali, 23 and Yasir Ali, 29, feasted on the batsman-friendly pitch, while their bowlers Yas Ali, 3-54, and Waleed Jalil, 3-54, were the only bowlers to penetrate. Still, the six points for a first innings win is nice.
The second Grade Eagles 5(dec)-296 bowled out the Pumas 177 and 97 after enforcing the follow-on. Najeeb Azzimi showed his allrounder skills by opening with 101 and taking 6-17 and 1-1 with the ball. Thanuya Mudiyansela took 4-31 as the second innings destroyer.
The most exciting and nail-biting match was in third grade where the Pumas scored 199 and Auburn just scraped home 9-201. Puma Matt Preston top scored with 75. Eagle Udesha Suraweera took 3-36, while the runs came from Romero, 34, Marlon Meurling, 33, Aaron Young, 27 and Suraweera, 51.
Auburn Eagle’s fourth grade also won by batting first against an able Puma attack. Parin Sheth top scored with 86. The Pumas could only muster 120 with Mark Long taking 3-32 and Jai Long, 3-24.
Fifth grade also feasted on the Pennant Hills Pumas. They skittled the Pumas in the 50-over match for 107, Kirushanth Kaladevan took 5-11. In reply, the Eagles batsmen got home with 2-109. Kapile scored 36 and Kaira, 47.