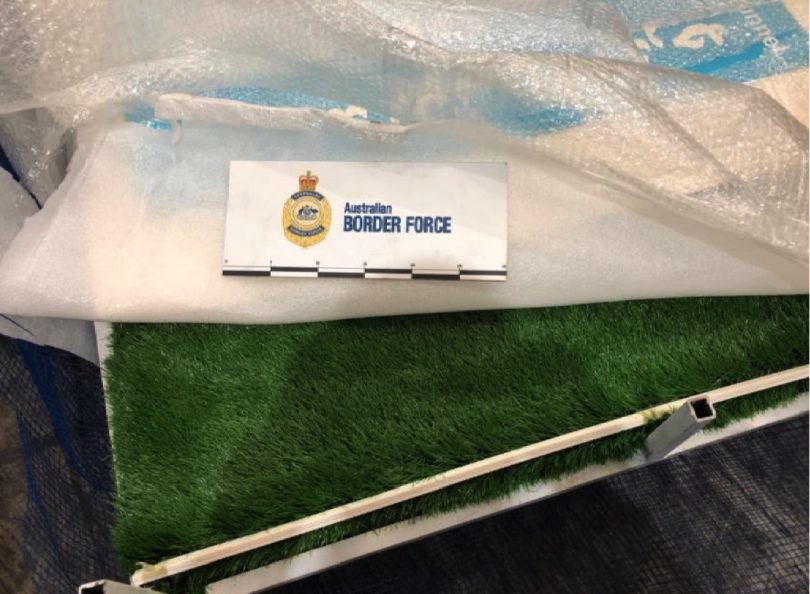 A MERRYLANDS man has been charged after 20kg of drugs were allegedly found concealed in a portable disinfectant tunnel shipped from Iran.

Australian Border Force (ABF) officers in Sydney discovered the drugs, which presumptively tested positive to methamphetamine, allegedly hidden in the equipment consignment which included a water pump, fuse box, tubing and a stand covered in fake grass.
Australian Federal Police (AFP) investigators then tracked the shipment to an address in South Granville before arresting a 42-year-old Merrylands man who allegedly accepted delivery of the consignment.
He has been charged with attempting to possess a commercial quantity of a border controlled drug, which carries a maximum penalty of life imprisonment.
AFP detective Christopher Jessop said investigations were continuing, describing methamphetamine as “an insidious drug”.
“It is highly-addictive, can directly lead to violence and mental health issues, and the demand for it results in property crime and other offences by addicts seeking money to fund their next hit,” he said.
“That’s why it is important we take it off the streets, and look to target those profiting from the distribution of it in Australia.”
ABF Acting Port Operations East Commander, Brendan Slape, said ABF officers were highly skilled and had the training and technology to find illicit substances, “regardless of how they’re concealed”.