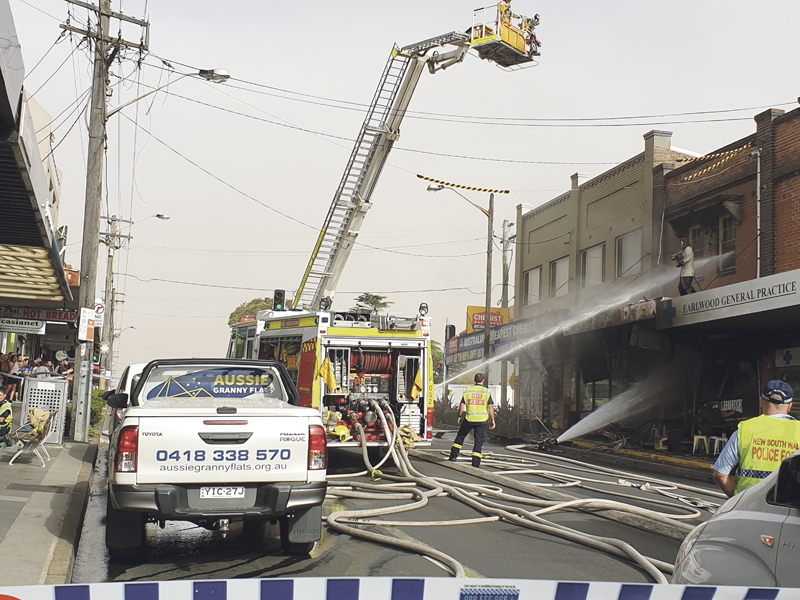 FIREFIGHTERS rescued one person from a first floor balcony in Earlwood, after a fire broke out in a pizza shop located below the residential unit just before 4.30pm yesterday.

Emergency services were called to the Homer Street business following a small explosion, believed to have been caused by a ruptured gas pipe igniting, with the first of five fire crews arriving to find the premises well alight.
A spokesperson for Fire and Rescue NSW said a gas leak added to the intensity of the blaze which was declared out at 6pm.