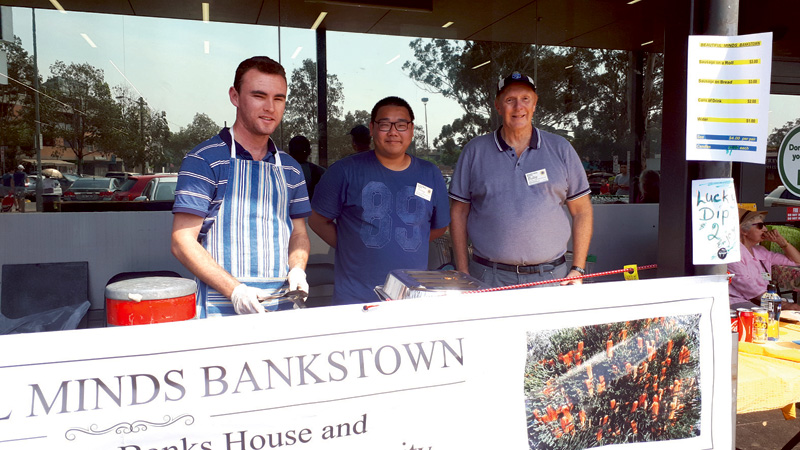 Founded initially in the Macarthur region by a group of carers about about 15 years ago where the group runs Harmony House, a day centre offering support and teaching life skills such as gardening and arts and crafts, Beautiful Minds Bankstown got underway in 2016.
Banks House had been largely untouched since it was built in 1978, but now boasts gym equipment, a blackboard wall, a refurbished courtyard with plants, decking and seating and a “beautiful” sensory room, according to secretary Ethel Daniels.
“We also pay for teachers to go to Banks House to offer skills in art, music and gym work,” Ms Daniels said.
“In addition, we support patients that have been admitted to Banks House with whatever their needs are including clothing and toiletries.”
Beautiful Minds Bankstown President Paul Hayes says the group’s role is primarily to fundraise and help give sufferers back a bit of dignity, reduce the stigma of living with mental health issues and prevent suicide through a sense of support, belonging and connection.
“We have our monthly barbecues and raffles and want to thank all of our supporters including Revesby Workers’ Club,” he said.
To donate or to find out more, go to beautifulminds.org.au.