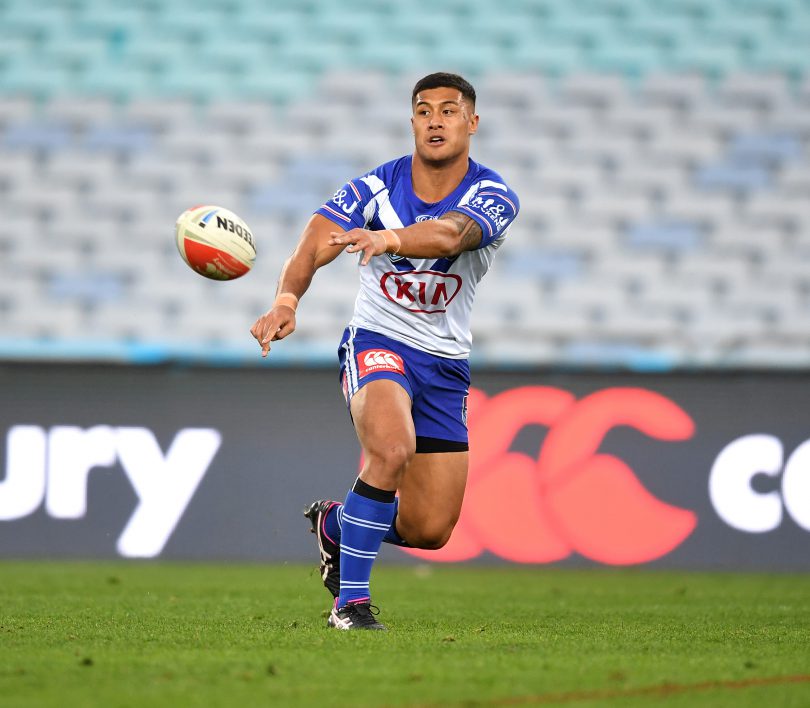 DESCRIBED by coach Dean Pay as ‘disappointing’, the Canterbury Bankstown Bulldogs were pipped at the post in the 79th minute to go down to the Cowboys 15-8 in Townsville on Thursday night.

In the opening 20 minutes, both sides played a tight and gritty game, going into the break 2-all.
Jordan Kahu opened the Cowboys’ account five minutes into the first half after Kieran Foran was penalised for impeding Gavin Cooper.
The Bulldogs’ Nick Meaney levelled the score four minutes later with their own penalty after Jake Granville was found to be slow getting off a player.
Sadly, Canterbury were disallowed a try in the 15th minute after Foran found space through the middle.
Dallin Watene-Zelezniak was judged by the Bunker to have bobbled the ball under pressure from Kyle Feldt as he fell over the line after scooping up Foran’s kick.
“We scored a try and they take it off us,” Pay said after the match.
“Those things hurt you.”
The Bulldogs started the second half off with their second successful penalty shot of the game by Meaney after Peter Hola put pressure on the kicker.
Veteran winger Feldt finally posted the first try of the match in the 50th minute when he got on the outside of opposite number Meaney and crossed in the corner.
It didn’t take the Bulldogs long to respond, the visitors loading up on the right-hand side five minutes later and sending it through the hands for Jayden Okunbor to stroll over in the corner for his second try against the Cowboys in 2019.
The Cowboys, however, sealed the win in the final minute of the game and ended Canterbury’s run at a finals berth.
“We knew it was going to be a struggle … and didn’t get the result this time but I’m really proud of them,” Pay added.
“Now we want to keep on building.”