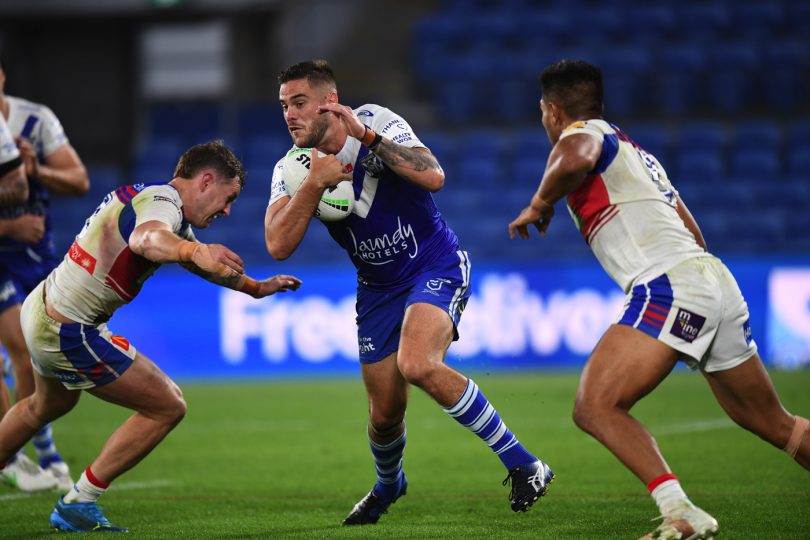 THE Bulldogs have dumped Adam Elliott two days after their six-point loss against Newcastle on Saturday.

Elliott was stood down from the final two matches of the season after an incident on the Gold Coast.
Canterbury Bankstown and the NRL Integrity Unit are investigating the matter.
The Bulldogs were unlucky to go down 22-16 to the Knights after a number of tough refereeing calls and winger Corey Allan bombing a try.
Coach Trent Barrett said his team were right in the game agains the Knights but errors at crucial times put them under the pump and possession in the second half really went against them.
“We were in with a chance in the dying stages of the game but just not good enough to get there in the end,” he said.
“I’m disappointed for them that we couldn’t get a win.”
Barrett said that in terms of effort defensively and hanging in there, he was very happy with his side.
“There were plenty of good individual performances,” he said.
“The young hookers did really well … it was good stuff but it doesn’t make it any easier when you get beaten,” he said.
“We’ve still got discipline issues which we are working on and have to get those out of our game.”
The Bulldogs play Manly this Sunday, August 29, from 1.50pm at Moreton Daily Stadium, Redcliffe.