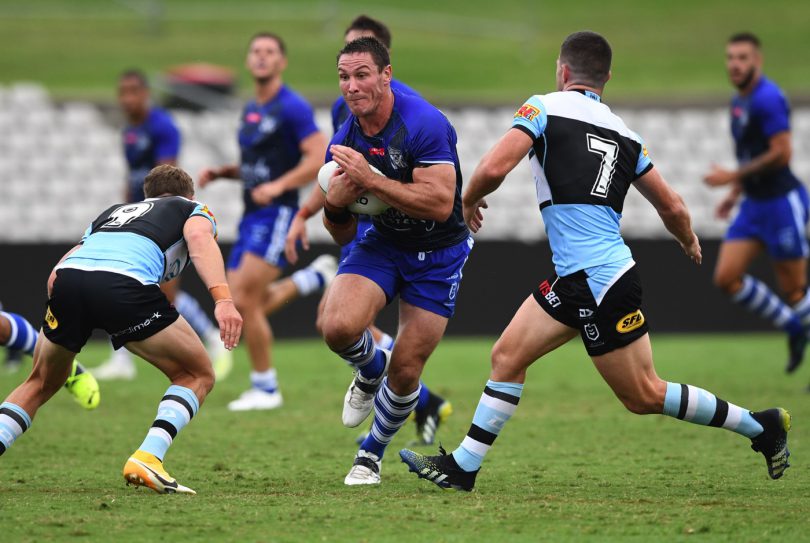 CANTERBURY Bankstown Bulldogs coach Trent Barrett has received a fairytale start after his men in blue kicked off the season with a 16-12 win in the trial match against Cronulla Sharks at Netstrata Jubilee Stadium on Saturday.

With Kyle Flanagan, Corey Allan, Nick Cotric, Jack Hetherington and Corey Waddell all making their first appearance in a Bulldogs jersey, it took time but they overcame a 12-0 halftime deficit to snatch a late win.
Cotric failed to finish the match due to injury but is expected to be fit for the opening round of the Telstra Premiership next week.
Dallin Watene-Zelezniak got them on the board in the 51st minute after Flanagan and Brandon Wakeham combined with Allan before Will Hopoate put the New Zealand skipper over in the corner.
Adam Elliott scored 12 minutes later when he beat three defenders to reduce Canterbury’s deficit 12-10. Bradley Deitz then put the Bulldogs ahead when he raced nine metres to score in the 65th minute.
“I was pleased with the way we hung in and won the game,” Barrett said.