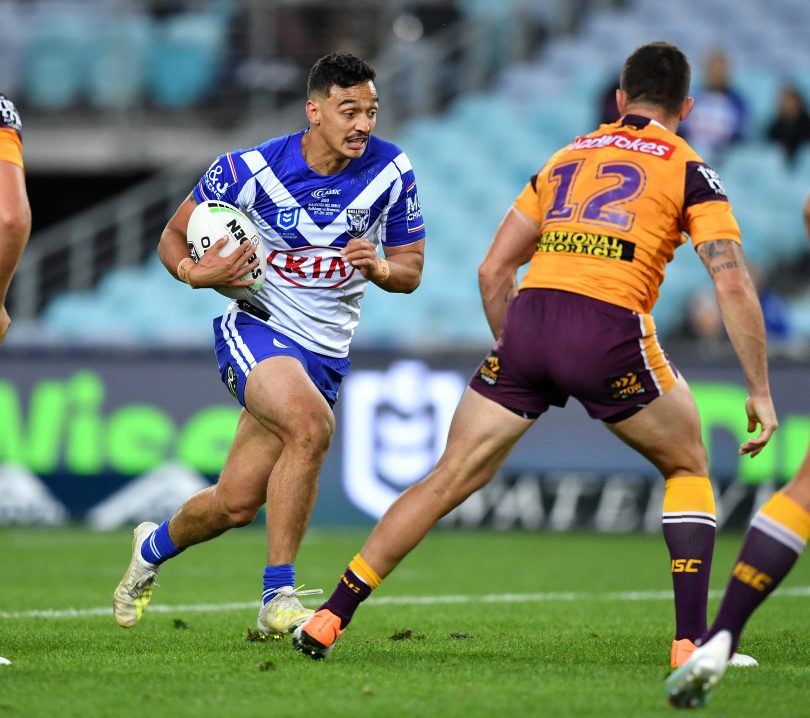 COACH Dean Pay says the Canterbury Bankstown Bulldogs are in the position to carry forward the momentum from the 2019 season after winning five of their last six NRL games.

Pay insists it won’t be a case of deja vu with his side ready to carry their late-season momentum into 2020.
The Bulldogs won five of their last six games to end the year, including Saturday night’s final-round 30-14 win over Brisbane.
They have arguably been one of the form teams of the competition, having notched up wins over finalists South Sydney, Parramatta and the Broncos.
But the fact is Canterbury found themselves in a similar position at the end of last year, unearthing future talent as they won four of their last six in 2018.
It came to little fruition though, as they won just three of their opening 14 games this year to be out of the finals hunt.
But Pay said the club was now in a far better position to capitalise, with minimal roster changes expected and their first-choice starting 17 still intact for next year.
“It’s a totally different group,” Pay said.
“The year before we lost a wealth of experience through the Morrises (Brett and Josh), (Moses) Mbye, (David) Klemmer – you can name a number of them.
“This year we started with the youngest group in the comp and we’ve built our season on what we’ve done.”
Pay was most impressed with his team’s attack against the Broncos.
They went past 18 points in a match for just the fifth time this year, and will still finish the season in 12th after at one stage looking set for a battle to avoid the wooden spoon.
“We need to make sure we get ourselves to a level of performance we are happy with.
“We’re aiming to be a top-four team and that’s what our goal is.”