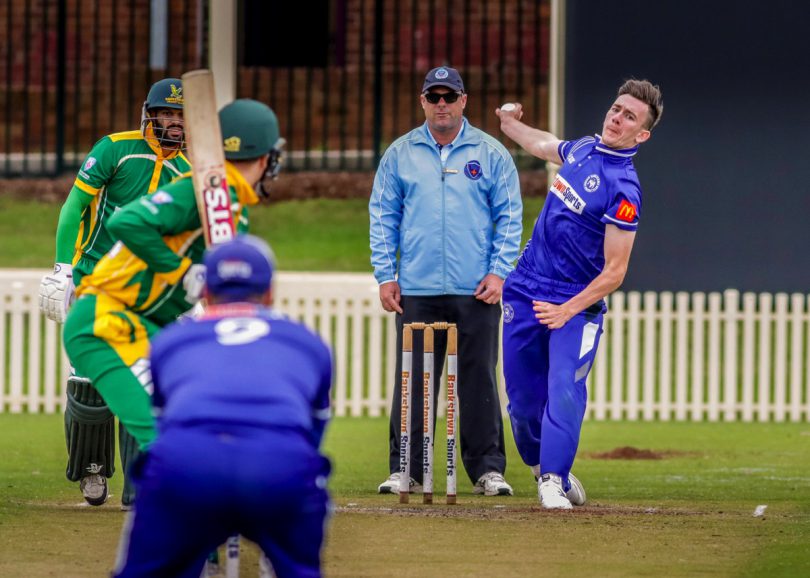 THE Bulldogs fought hard but could not match the classy UTS North Sydney outfit that excelled with bat and ball at the picturesque North Sydney Oval.

The home side batted first in the Premier grade clash at the quaint North Sydney Oval venue and reached 8-273 from their 50 overs.
Liam Marshall struck early snaring Thomas Jagot 1/8 and the Dogs were feeling good. Tyler Van Luin was bowling with good pace and accuracy, grabbing the next three wickets before the Bears Jimmy Greenslade and Oliver Knight combined for a 108 fifth wicket partnership that saw them reach the impressive 8/273.
Marshall toiled hard in the steamy conditions and was rewarded with 4-51. Van Luin continued his great form with 3-47 while fellow paceman Brad Simpson took 1-64.
The Bulldogs run chase faltered early when prolific run scorer Nick Carruthers was out for 9 followed by skipper Daniel Solway (20) to leave the visitors struggling at 2/46.
The loss of Mansukh Singh (13), Jake Cormack (1) and Van Luin had the Bulldogs languishing in dire straits at 5/92 with only Zeeshaan Ahmed offering any meaningful resistance.
The talented Ahmed followed up his 70 not out against Hawkesbury last week with a brilliantly defiant 127, carrying his bat through to the 9th wicket partnership. Despite his heroics, the Bulldogs were dismissed for 238 in 45.4 overs.