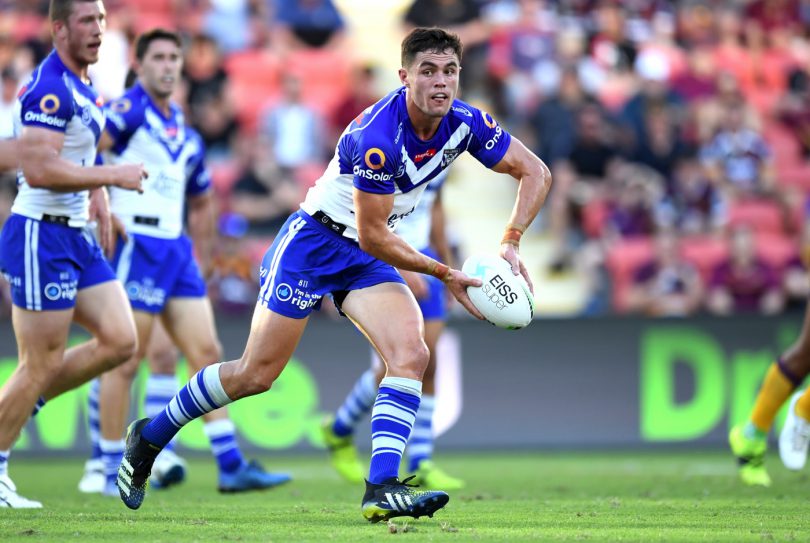 COACH Trent Barrett has refused to sugar-coat just how poor his team were against the Broncos who ran out four-tries-to-nil victors with Canterbury held scoreless for two straight games for the first time in club history.
Reflecting on their 24-0 loss, the new coach made no secret of how he needs to rebuild Canterbury and while he’s put his faith in former Roosters halfback Kyle Flanagan to lead the show, he wasn’t throwing the youngster under the bus after the loss.

“I just thought our attack was ordinary to say the least,” Barrett said.
“Your halves are pretty easy to blame when the attack falls down but there is a hell of a lot that needs to go on around the halfback for him to play well.
“I thought we had enough possession in the second half and just didn’t apply any pressure and didn’t build pressure. We let them off the hook and it puts too much pressure on your defence in the end.
“It’s the NRL, that’s the standard we expect when we do get down there to execute what we’ve practised and we didn’t … as was the case last week, missing one-on-one tackles that individuals need to make.”
Making matters worse for Barrett and his men in blue, hooker Jeremy Marshall-King suffered a suspected broken foot while Josh Jackson and bench forward Renouf Atoni were both put on report for separate first-half incidents.
Barrett admitted it’s going to be hard to keep the players’ belief up as they face a tough task next week against South Sydney.
“It’s not going to matter who we play to be honest we need to fix our own backyard and fix some things quite quickly because there are some things in our game that aren’t good enough,” he said.
The Bulldogs take on the Rabbitohs on Good Friday from 4.05pm at Stadium Australia Sydney.