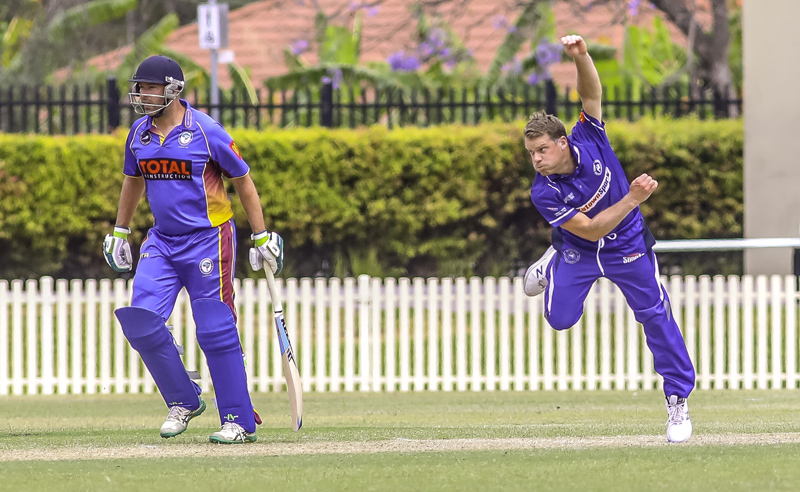 THE great start to the season by the Bankstown Sports Bulldogs received a setback last Saturday with a strong Manly side proving the victors in a hard-fought clash.

All the other Bulldog sides won their matches, so the Club maintained its lead in the Club Championship.
The home side batted first and struck trouble immediately when Daniel Solway had an extremely rare failure.
Further woes followed and the Waratahs were flying high with 3-14.
The critical turning point occurred when representative star Nathan McAndrew was run out.
He was just starting to slip into top gear with some beautifully timed drives back past the bowler.
The allrounder cruised to 28 in great style, but his unfortunate runout proved a Manly bonus.
The Bulldogs were on the ropes but Manly could not deliver the knockout punch.
Their nemesis was versatile spinner Ben Taylor who is making a name for himself as a very competent batsman.
He fights very hard to defend his wicket and his spirited determination is to be admired.
He made sure the Dion Bourne scoreboard kept ticking over. Taylor’s 54 got the Bulldogs barking again before he fell to representative spinner Steve O’Keefe.
Ben Le Bas chimed in for a useful 20 and Bankstown finished with 8-175 after 50 overs.
The Bulldogs bowlers gave the visiting batsmen plenty of trouble but eventually the Waratahs reached 6-178 in the 50th over. Le Bas was right on target as usual and took 2-20 from his 10 extremely accurate overs.
Next week the Bulldogs take on Gordon with the venue Chatswood Oval in a two-day fixture commencing at 10.30am.
But it was a different story in the Kingsgrove Sports T20 Cup with another stellar all-round performance from Mitch Brown helping the Bulldogs maintain their unbeaten run, defeating Northern District at Memorial Oval on Sunday.
The visitors delivered a blistering opening stand but the reliable Brown gave the Bulldogs a much-needed momentum shift snaring 4/17 in his four over spell, to leave ND’s with 8/115.
The Bulldogs lost Mark Stoneman (6) and Nick Carruthers (0) leaving them in a parlous position at 2/18 but the redoubtable Brown, batting at number 4, smashed 31 off just 21 balls to again provide a major momentum swing for the home side.
Bulldogs skipper Daniel Solway provided the platform for winning total of 7/121 with a typically classy 56 off 61 balls. The Bulldogs got home with just two balls to spare when Daniel Nicotra smashed a towering six from the only ball he faced.