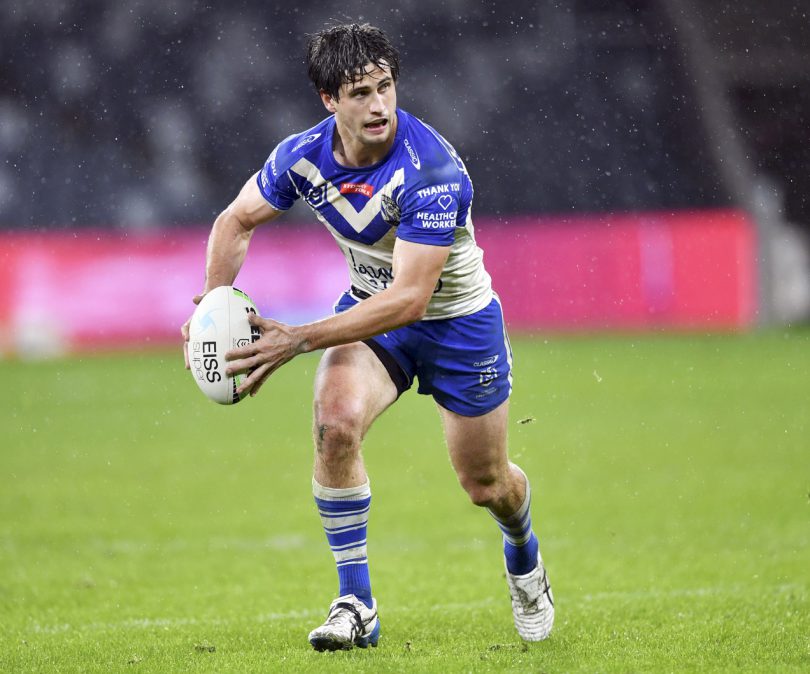 A FIERCE challenge from a spirited Canterbury Bankstown Bulldogs outfit saw them come within reach of the win but they ultimately went down 22-16 to the Roosters at Bankwest Stadium on Saturday.

The Chooks took a lean 16-10 lead into half time but the Bulldogs clawed back thanks to two freaky tries to ring-in half Lachlan Lewis.
It was an even second half, too, as the Dogs came home strong but the Chooks kept them at arm’s length.
Canterbury coach Trent Barrett pulled a swifty on game day when he axed Kyle Flanagan, only days after giving the young halfback a recall to the NRL side.
He put Lewis into five-eighth in Flanagan’s place.
Lewis repaid the faith, scoring two first-half tries including a fantastic solo chip-and-chase effort to keep the Dogs within reach.
Barrett said he was disappointed with the result though as he thought the Bulldogs were in it long enough to win it.
“We didn’t have enough ball or possession in the second half to put them away,” he said.
“We certainly weren’t beaten on effort or energy.”
After their strong performance on Saturday, Barrett said their huge loss last weekend was out of character.
“If we keep putting in the effort, we will win a few games,” he said.
“We don’t have the internationals that some of the other teams have; we’ve just got to keep battling away.
“There’s green shoots coming and good things happening at the club, we just have to keep going.”
The Bulldogs next tackle the Rabbitohs on Sunday, July 18, at 6.15pm at Stadium Australia.