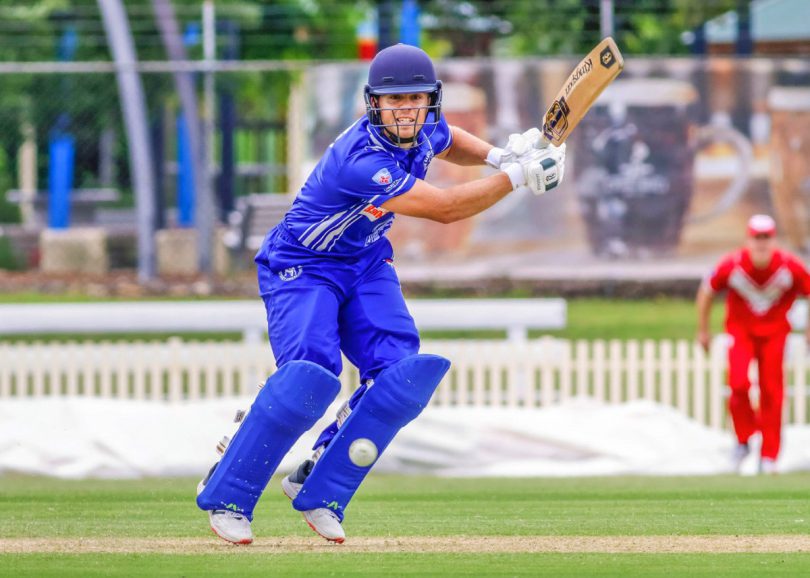 IT was a weekend of mixed fortunes for the Bankstown’s first grade cricket side, outclassed in the local derby against St George on Saturday before escaping with a six-run win in their T20 match against Penrith the following day.

Winning the toss on Saturday, captain Daniel Solway elected to bat and it could be argued that was all that went right for the beleaguered Dogs.
The Bulldogs were reeling at 3 for 13 however, Solway did his best to hold the team together and along with Ethan Deal, put on a fantastic 142-run partnership.
Solway had the honour of carrying his bat with 109 not out and was well supported by Deal with 64. The Bulldogs limped to a potentially defendable total of 5 for 216 off their allotted 50 overs.
Despite an early breakthrough in the Saints’ run chase when Liam Marshall skittled the poles of Stapleton – and the Saints were 1 for 5 – the rest of the afternoon was spent chasing leather to and over the fence. Local rivals St George were just too good and won by 9 wickets in the 37th over.
While Solway couldn’t replicate his form in Sunday’s T20 match, Nick Carruthers and Zeeshaan Ahmed stamped their authority with lusty strokes all over Bankstown Oval. The Dogs posted a respectable 7/151 off their 20 overs.
Penrith started the run chase relatively slowly, but slowly built their innings. However, they fell short by 6 runs.