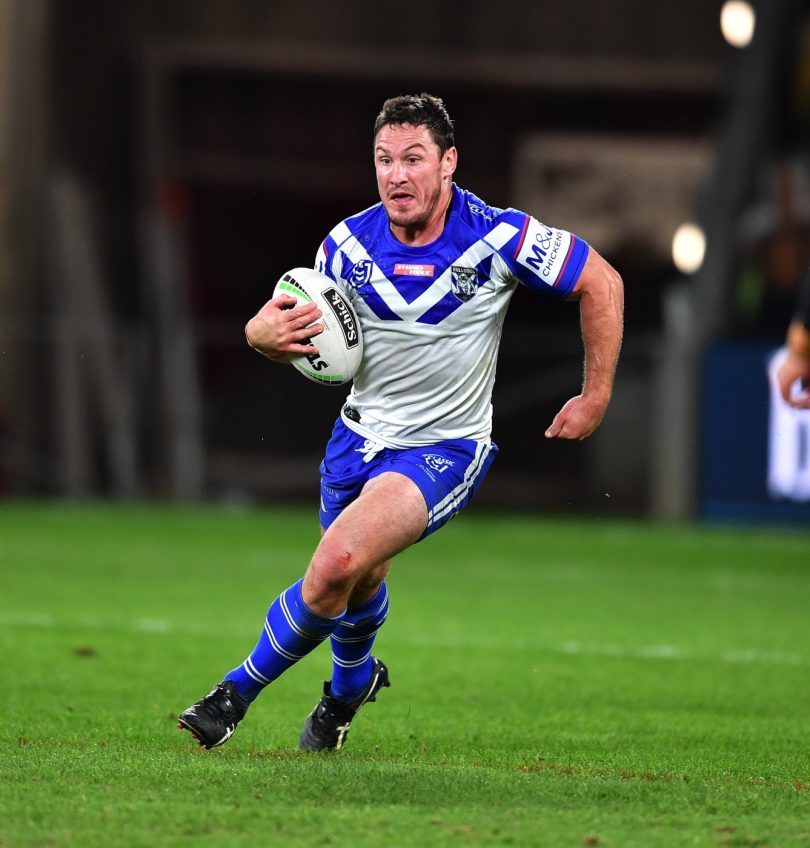 BLOWING another chance to claw their way off the bottom of the ladder, Canterbury Bankstown Bulldogs threw away an early lead to lose 32-20 to Manly Sea Eagles at ANZ Stadium on Friday night.

The Sea Eagles trailed 10-0 after half an hour but piled on four tries in 13 minutes either side of the break to claim the ascendancy and snap a six-game losing streak.
Canterbury’s future didn’t look as bleak when inside the first six minutes, Jake Averillo, filling in at five-eighth, a spot Kieran Foran will vacate next year, flicked a pass to fellow rookie Matt Doorey to set up the first try.
Averillo also set up Canterbury’s next try with a neat kick for No.7 Lachlan Lewis, the only problem being the Sea Eagles were to peel off four of their own in between either side of half-time.
Winger Nick Meaney soon added a penalty goal but Manly snatched the lead on the stroke of half-time.
The Bulldogs continued to create chances but shoddy execution cruelled them.
Jayden Okunbor’s skilful 74th-minute put-down from a cross-field kick gave Canterbury’s fans one last reason to cheer.
Asked whether the off-field drama was affecting their form, Bulldogs interim coach Steve Georgallis said: “Subconsciously it may play a part, but the players are focused on football and playing on the field.
“You can use it as an excuse, but it’s no excuse for the amount of tackles we missed in the second half.
“We had a few injuries during the week … but I was happy with the way we started.”
The Bulldogs next take on the Rabbitohs at ANZ Stadium on Thursday from 7.50pm.