But without star Foran

THERE’S just one sleep to go before the long awaited return of rugby league, with the revised draw for the 2020 NRL season seeing Canterbury-Bankstown Bulldogs restart their campaign against the Manly Sea Eagles, though without Kieran Foran, on the Central Coast this Sunday, May 31. 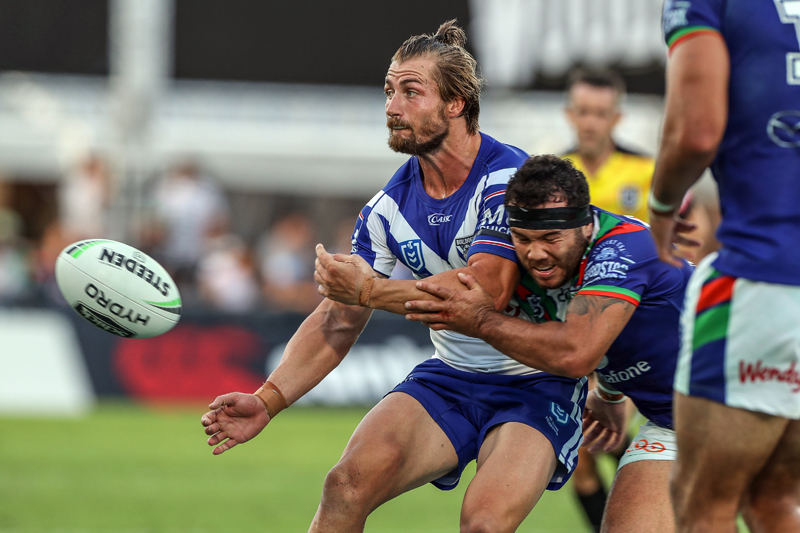 ☐ Kieran Foran will miss the NRL season restart after his shoulder specialist ruled him out as a precaution.

Foran’s shoulder specialist said he was happy with his progress, but wanted him to engage in more contact and strength work next week; his return date will be assessed then.
The Bulldogs next play five straight games at Bankwest Stadium starting with the Dragons, Roosters and Sharks.
During rounds 6 to 10, things ramp up quickly for the blue-and-whites with four of five games from round six coming against teams that played finals footy last year, starting with the Roosters.
The club has no five-day turnarounds and will only travel interstate to Brisbane in round nine and Melbourne in round 13.
The Bulldogs started the year winless but showed some grit in their 6-point loss to the Eels in round one but were blown out by the Cowboys in round two.
Bulldogs coach Dean Pay said that while the shortened season was tough on everyone, at least there was a positive with injured players being able to recuperate.
“One good thing is we get a couple of other guys like Jesse Sue and Marcelo Montoya back from injury. They’ll put pressure on spots and are quality first-graders. That all helps.’’
The Bulldogs will end their regular season with a clash against the Penrith Panthers in round 20 on Saturday, September 26.