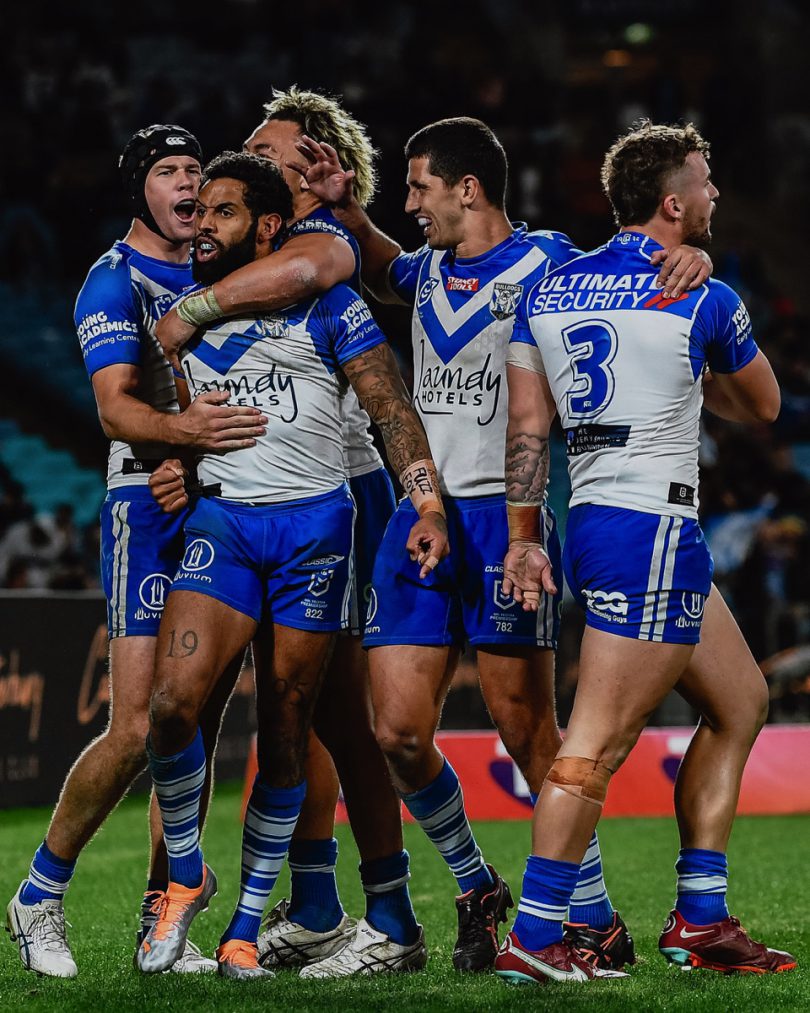 BULLDOGS’ star winger Josh Addo-Carr could have played his way into the next NSW State of Origin side after a blistering performance in their 34-4 upset win over the Parramatta Eels. See Sport.

IN a huge fan thriller, Canterbury Bankstown Bulldogs have climbed off the bottom of the ladder with a 34-4 upset win over Parramatta Eels at Accor Stadium in a Long Weekend Monday clash.
Star winger Josh Addo-Carr made a strong case for a NSW Origin recall with a hat-trick of tries, while five-eighth Matt Burton enhanced his chances by producing three try assists and saving one in a man-of-the-match performance.
Addo-Carr came from the field six minutes before full-time to a standing ovation after suffering a minor leg injury but the reception from long suffering Canterbury fans in the 20,184 crowd, wasn’t just reserved for the star winger.
The win ended a five-match losing streak that claimed the scalp of coach Trent Barrett who was replaced by interim coach Mick Potter; he played 80 matches for the Bulldogs between 1983 and 1988 when the Ted Glossop-coached team were nicknamed “The Entertainers”.
It was the most points the Bulldogs have scored in a match for four years, with Potter saying it was a good feeling seeing them up the ante.
“I was really happy. I’d like it to be the standard we set for ourselves … It’s all about starting really well and I thought we started pretty good today and although we had some discipline issues in the first half with some penalties, I thought we showed some toughness,” he said.
He will be hoping to have English Test prop Luke Thompson (head knock), Samoan forward Ava Seaumanufagai (calf) and centre Braidon Burns available for their next clash when they take on the Tigers this Sunday at 4.05pm at CommBank Stadium.