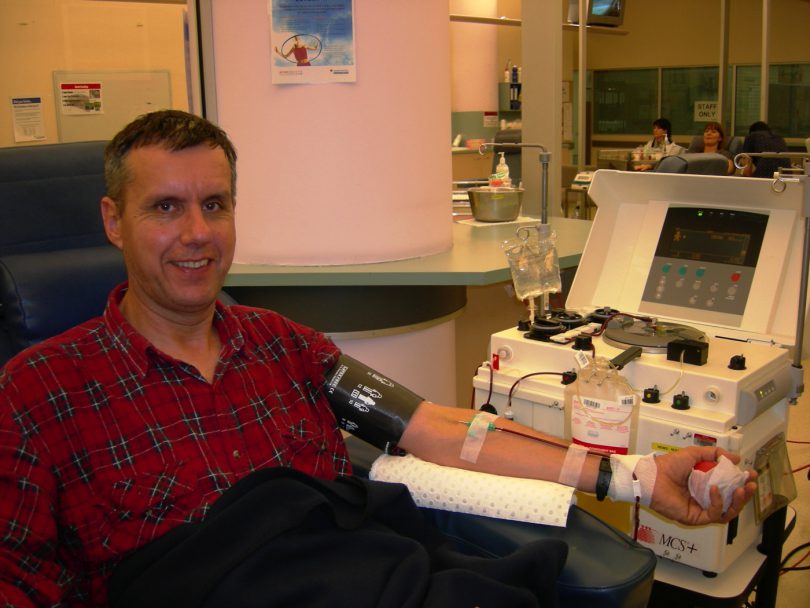 IT takes at least nine people donating blood monthly through Lifeblood, to treat just one person living with blood cancer.

The Leukaemia Foundation is urging the local community to give generously in support of Australian blood cancer patients who are heavily reliant on donations following National Blood Donor Week last week.
A special donor, Belmore’s Alan Arthur’s blood has an antibody used to make ‘anti D’ medication.
When women with a negative blood type fall pregnant with a baby who has a positive blood type, the mother’s body can attack the baby.
Alan is one of 150 Australians whose blood is used to the make the medication that prevents this.
Donating blood for 45 years, Alan – who is A negative – has donated over 400 times and says it is an honour to take part in the anti D program.
“I’m pleased I can help and proud that Australia led the world on this, the anti D program is vital for mums; historically, the first wife of Henry V111, Catherine of Aragon, could have done with it since it’s suspected that’s why she had 10 miscarriages (then he divorced her) despite having a healthy daughter,” Alan said.
“Donating blood is a very positive move, we have to help each other.”
Research shows that almost half of Australians who don’t give blood, believe that road trauma is the leading cause of a person needing blood. Yet road trauma accounts for just two percent.
To make a blood donation, visit lifeblood.com.au.