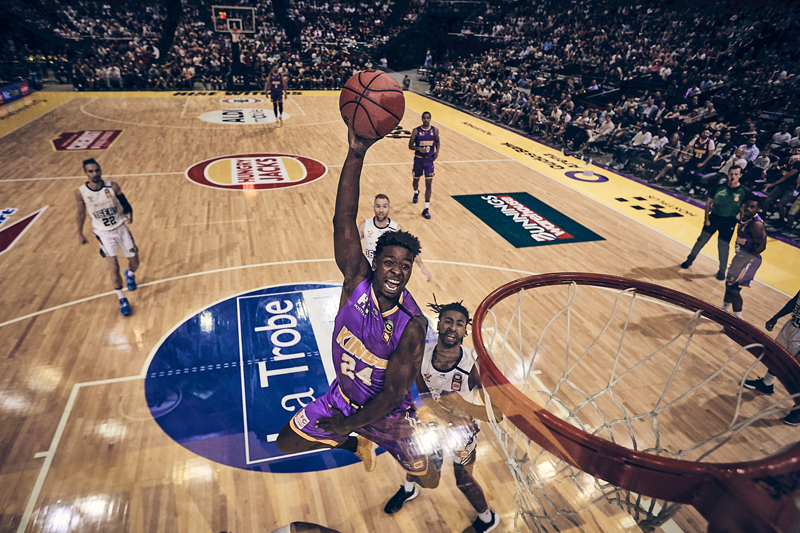 ON the back of two disappointing losses in a row the Sydney Kings bounced back with a vengeance to overpower the Adelaide 36ers 91-77 at Qudos Bank Arena on Saturday night.

The Kings went down to Perth and Illawarra in back-to-back games in round 13 but were determined to get the much-needed win at home in front of 9,023 fans and to hold their spot on top of the NBL ladder with a 14-6 record.
Exchanging blow for blow in a physical first half, with neither side able to come out on top, the home-side’s victory was set-up by a lockdown defensive performance in the second half of the game.
The game-changer came in the third quarter, as Sydney restricted the second-highest scoring team in the league to just 13 points in a 10-minute period.
Closing out the period on a 17-4 run, the Kings push was highlighted by a spectacular sequence started courtesy of a rejection from Brad Newley, who became the 24th player in franchise history to play 100 games.
Jae’Sean Tate was right on song with 20 points, seven rebounds and three assists, and his relentless and physical attack on the basket, caused plenty of nightmares for Adelaide’s defenders.
Newley also made 20 points, adding six rebounds and a couple of assists, while Andrew Bogut in his 50th NBL game, went six of eight from the field for 13 points, 10 rebounds and three assists in a dominant performance and Casper Ware finished with 12 points and six assists.
Staying at home, the Kings now have a full week of training ahead before meeting the surging Cairns Taipans in Round 15 at Qudos Bank Arena this Saturday night.