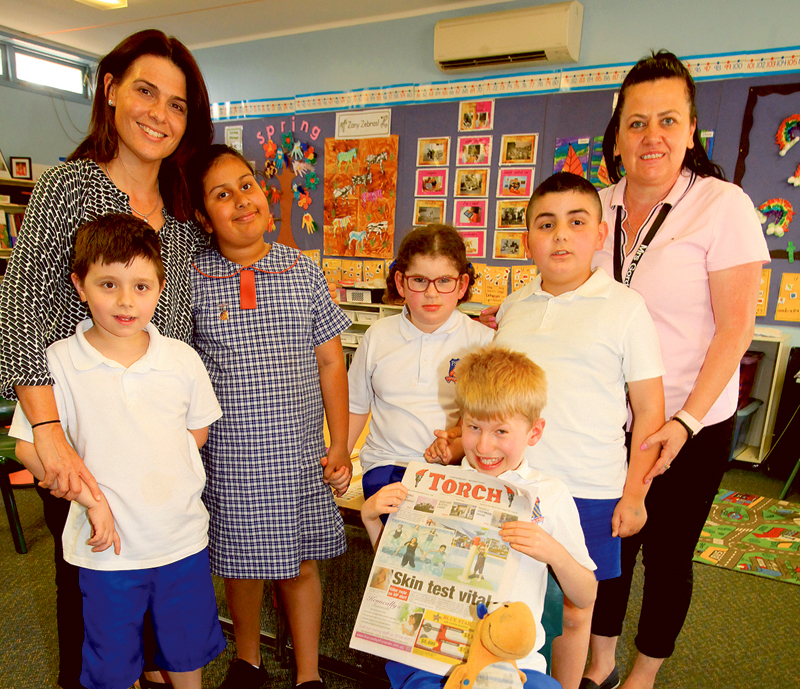 Mum Rebecca said: “Spencer has been obsessed with newspapers for a few years now.
“He is so excited when the Torch arrives. He always hopes that it won’t be late and if it’s raining, that it’s wrapped.
“He likes to look at the pictures and asks me about the different stories; his favourite part is the police section and he always wants to know if the police are happy!
“I think he loves the routine of the newspaper. He can trust that the format is the same, that it has a set delivery day.
“The newspaper is soothing to him.”
Spencer is able to read and read well and not just thanks to practising reading the Torch but through the efforts of his amazing teacher Penny Baxter who has received a Minister’s Award for Excellence in Student Achievement.
Working in one of three support classes at Revesby Public, catering for students with moderate to mild disabilities, Ms Baxter is a very talented Special Education teacher, according to many parents.
Mum Saverina, whose boy Vincenzo is in the same class as Spencer, said: “Ms Baxter works hard to give children like Spencer and Vincenzo the knowledge and skills so one day they can contribute as members of society.
“The children who attend here come from all walks of life and have been taught how to accept each other regardless of where they are from and embrace all diverse needs.”
Ms Baxter said: “Spencer has come such a long way and is a very happy, engaging boy. He even took part in the Schools Spectacular at the weekend and though it was outside of his routine and he usually likes ‘predictable’ days, he handled it beautifully.”