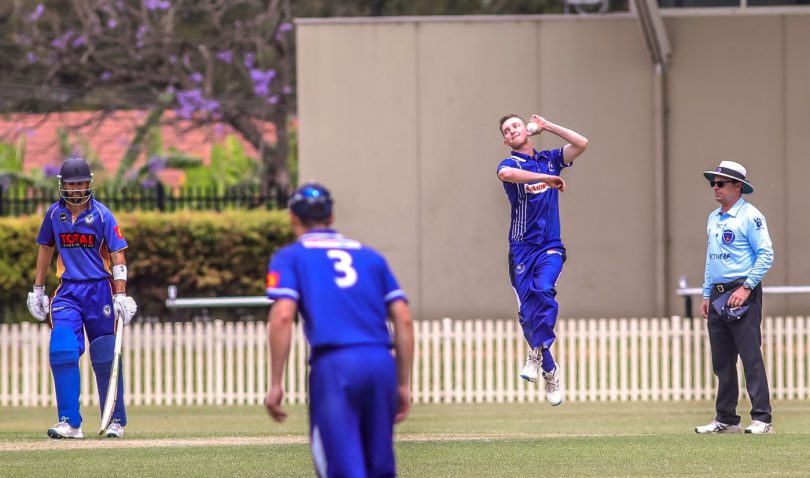 THE Bulldog won the toss and batted first in their Kingsgrove Sports Twenty20 against Sydney University, but it was a decision that almost came back to bite them.

With both openers gone for single figures each and followed soon after by captain McAndrew, it was Mitch Hinds who attempted to steady the innings with some lofty hitting to the boundary.
Along with Jake Cormack, the pair put on a very much needed 62-run partnership in quick time before Hinds was bowled for 37.
Cormack then took over and used his great array of skills to deftly glide the ball behind the wickets as well as rattle the pickets a few times. Cormack was finally caught on 40 but had helped get the Bulldogs to a decent total. Aaron Bird and Ben Taylor provided some tail-end runs that proved invaluable.
Bankstown’s 8/115 off their allotted 20 overs had most experts at the ground agreeing it was well short of a defendable score. But that was before the Bulldogs bowlers showed their smarts and the fielders showed their commitment. While University got off to a great start, once the wickets started falling, they simply kept on tumbling – primarily due to excellent bowling coupled with fantastic fielding.
Wickets were shared between the bowlers, but it was the bowlers’ calculated line and length that frustrated the Students. Ben Le Bas was the pick of the bowlers with 3 for 19 but quicks Marshall 2-16 and McAndrew 2-18 chimed in with real heat. University lost their last 7 wickets for just 23 runs which highlights the intense pressure the Bulldogs applied.
Mitch Hinds set the standard with a great side-on direct hit run out and this was followed by simply brilliant outfield catches by Aaron Bird with two and Brad Simpson, who both took absolute screamers after running 20 metres. Jake Cormack also chipped in with a sharp reflex take that signalled the end.
Captain McAndrew had the pleasure of clean bowling the final wicket leaving Sydney University reeling for just 90 runs and handing the Bulldogs what seemed like an unlikely victory but was in reality, quite a comprehensive win.