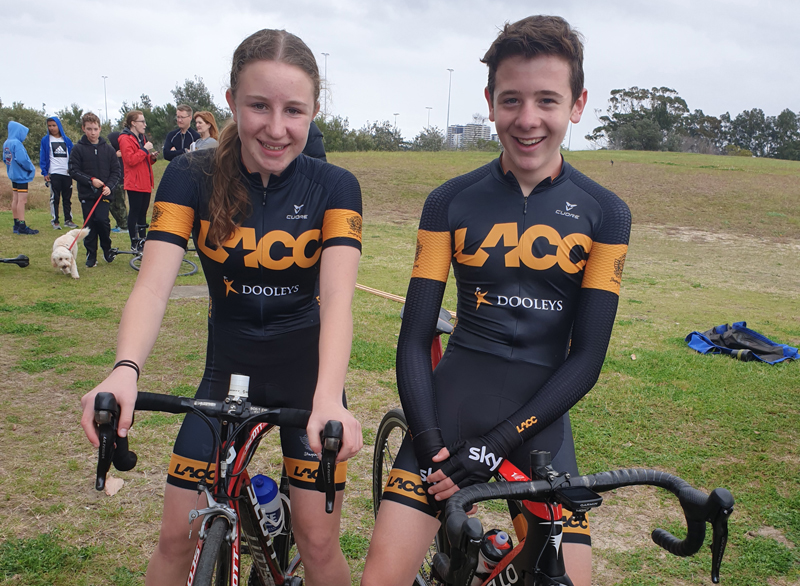 TEENAGE cyclists Keira Will and Kai Goltman will represent NSW at the National Junior Track Championship on the Gold Coast on September 20-22.

The duo are part of the Lidcombe Auburn Cycle Club’s Junior Development Team which trains and races six times a week.
At the NSW Junior Road championship held at Kurri Kurri last month, 14-year-old Wills won two gold and a silver, while 13-year-old Goltman picked up a silver.
LACC juniors coordinator Linda Allwork said it’s been an exceptionally good road season for the entire team of LACC junior riders, who collected 15 medals at State events between them, including four gold, seven silver and four bronze.
“Thanks to the effort and support put in by the LACC coaches, parents, supporters, and club sponsors Dooleys Catholic Club, WaterRower and Ashfield Cycles, the juniors are able to work towards their goals,” she said