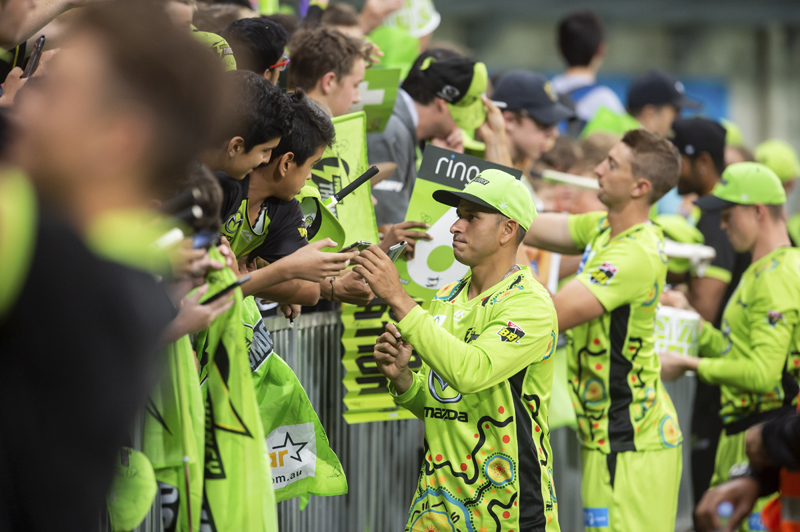 IN front of nearly 11,500 fans at the Sydney Showground Stadium, the Sydney Thunder managed to snap a three-game losing streak with a four-wicket win over the Hobart Hurricanes with two balls to spare.

The Thunder put down three catches in the first innings, starting with keeper Matt Gilkes who missed a chance to take Hurricanes opener Caleb Jewell from the bowling of paceman Brendon Doggett.
That spill cost 12 runs but the next miss, George Bailey, who was dropped on nine and went on to score another 34 runs, was far more expensive.
Heading into bat, the Thunder cruised to 0-96 after 10.1 overs with Alex Hales and Usman Khawaja seeming in complete control of the run chase.
However in the space of four overs, the hosts lost 4-21 and the balance of the game shifted but any plans for a remarkable comeback by the Hurricanes, were scuppered by the Thunder’s Chris Morris who made 17 from 12, and Alex Ross who settled in for a composed 32 not out from 22 balls.
Now sitting in third spot, the Thunder will be back at Sydney Showground this Saturday for a derby against the Sydney Sixers.