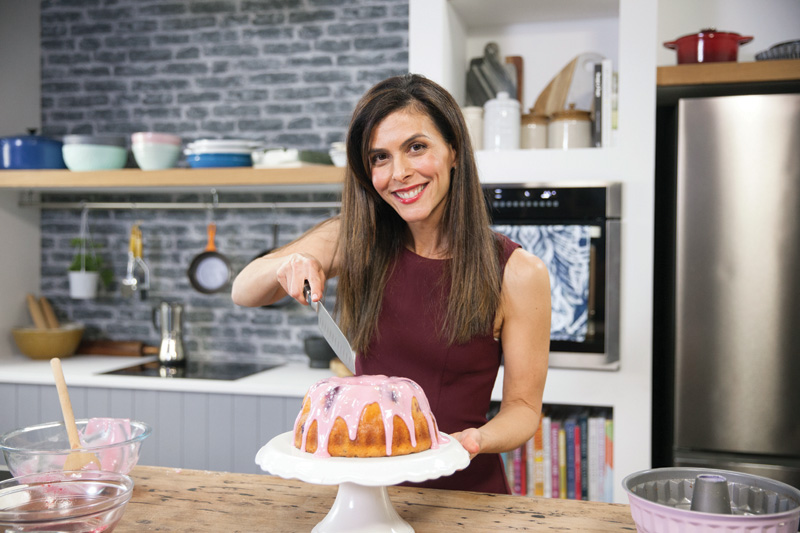 A FOOD obsessed mum of three who is always hungry, somewhat fussy and strictly gluten free, Helen Tzouganatos has just made in her television debut in ‘Loving Gluten Free’ on the SBS food channel 33.

Producers spotted the Dulwich Hill born and now Earlwood resident when she was promoting her book, ‘Hungry & Fussy’, last year.
Always passionate about food, Helen discovered she had coeliac disease when she tried to start a family.
“I found a wonderful IVF doctor who I talked to about the symptoms I was experiencing – I was constantly fatigued and had anaemia even though I ate a lot of meat,” she said.
“He said ‘it sounds like you have coeliac disease’.
“I asked him what it was as it was virtually unheard of then. He said ‘it’s an autoimmune disease and your body can’t tolerate gluten. Cut it out of your diet and we will see how we go’.”
Helen now has three children. Two of them were born through IVF and the third was a natural pregnancy.
“I am Greek and in our foods, wheat is everywhere: it’s in my mum’s spanakopita, her pastries, desserts and bread; the hardest thing to do was to eliminate these gluten-based dishes.
“But I started developing my own gluten-free recipes and people said to me, you should start a blog and my following soon grew on social media.
“My friends eat all of my cakes, bread and pastries; they don’t have any idea the foods are gluten-free, as they are fluffy and moist and not hard as a rock like gluten-free food used to be.”
Helen says her show – which includes celebrity guest cooks – is targeted at home cooks, with the recipes very delicious but quick and easy to make.
Catch ‘Loving Gluten Free’ on Thursday nights (8.30pm) with a repeat on Sundays (5.30pm) for the next eight weeks.