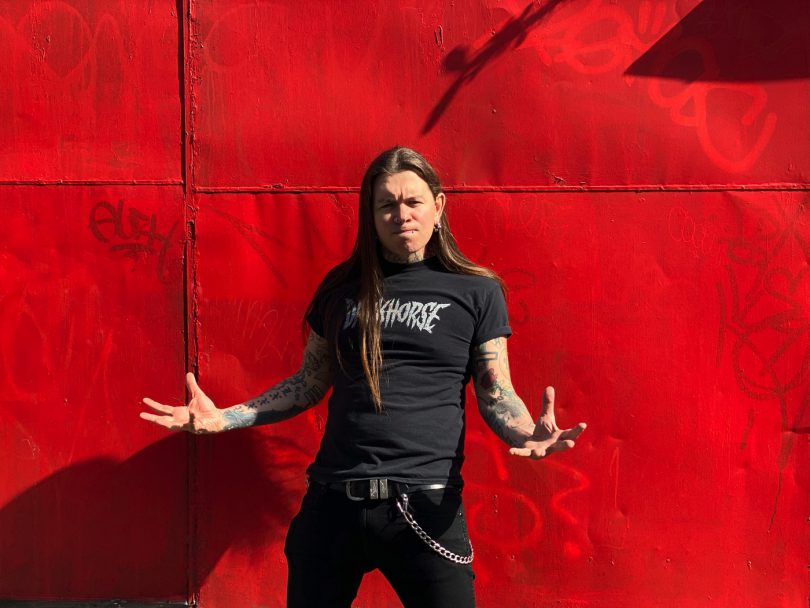 His hilarious social commentary has collected Nat a fast-growing dedicated audience of over two million along the way and his videos have clocked up more than 100 million viewers across all platforms.
Now Nat’s philosophies are being published in a book, ‘Nat’s What I Reckon no-nonsense guide, Un-cook Yourself: A Ratbag’s Rules for Life’, to be on sale from December 1.
Finding entertainment everywhere, from the weird to the pedestrian, Nat has taken the playful and the mickey out of everything from trade shows and tattoo events to burnout festivals and exploring Area 51.
In response to the craziness her saw when Covid crashed the party, Nat waged a war against processed food and launched a no-nonsense instructional video for his tried and true recipes which all feature in his book.
When he’s not filming, cooking or foraging for Rosemary, Nat can be found indulging in his love of ‘rock ’n’ roll’ and comedy, and can’t wait to get back on the ‘stand up’ circuit again.