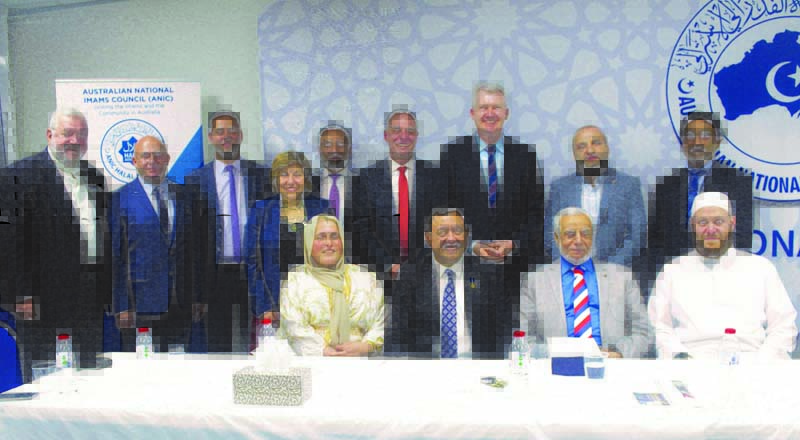 COMMUNITY leaders came together to thank former Canterbury Deputy Mayor Khodr Saleh for his decades of service, which were also recognised with a Medal of the Order of Australia (OAM) earlier this year.

The dinner, hosted by the Grand Mufti of Australia, Ibrahim Abu Mohammed, and President of the Australian National Imams Council, Sheikh Shadi Sulaiman, at ANIC headquarters Chullora, was attended by local politicians, Australian Catholic Church Rev Dr Patrick McInerney, along with other councillors, and religious and community leaders.
The Grand Mufti said Mr Saleh was a wonderful community leader “because of his willingness to assist other people and make their lives better”.
Speaking about the OAM, Mr Saleh said he honestly felt that this is not his honour, but an honour for all the amazing people who had supported him over the years and had made his journey a great success.
“Thank you for believing in me, it is only through having you by my side that I have been able to keep going,” he said.
“This is not a journey I can walk on my own. I have always said that the only promise I could make was that I would always do my best to work with you (the community) with integrity, honesty and for the betterment of our community.”