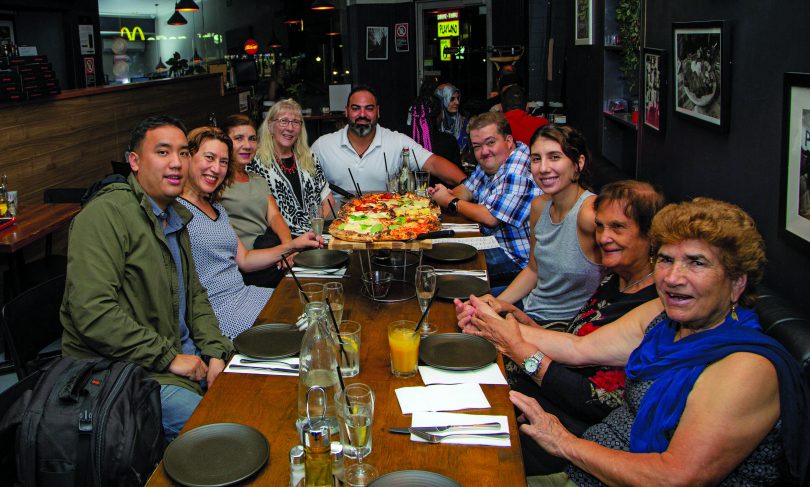 Invited by Guide Dogs Australia to make a speech to 200 people and two curious guide dogs, Gladys said: “In my speech I told the people a little bit about my retirement.”

Never allowing her visual impairment to stop her contributions to society, she still co-ordinates bread donations to the poor, organising the distribution of 50 loaves every Friday and Saturday, and has written seven books.

In 2017, a 94-year-old Gladys was integral to the Chamber organising Croydon Park Festival, where she rounded up sponsors for raffles, festival volunteers and helped raise money for the event.

She was awarded the Croydon Park Business Chamber’s 2017 Citizen of the Year for her efforts.