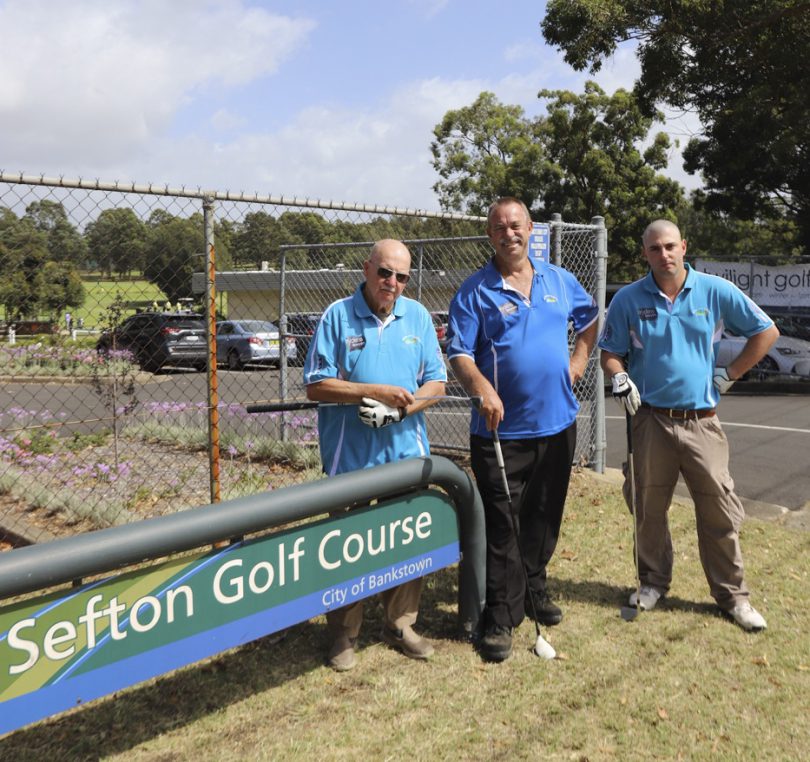 PLAYERS at Sefton Golf Course, a hidden gem in the southwest and a refuge for many seniors, fear they may be left in the cold after Canterbury Bankstown Council announced plans to investigate the long-term future of it and its other public golf course at Canterbury.

The council says it is seeking to “understand opportunities for broader community use and the role they play in the open space network”.
Sefton Golf Club Captain and Treasurer Geoff Kelleher says everyone is concerned.
“We feel that if the council is so hard pressed for other spaces, they should consider using their football fields since there are heaps of those,” he said.
“This golf course is used by a lot of people, mostly pensioners who can’t afford the fees at other clubs.
“The whole exercise just seems ridiculous.”
Longtime player Nev Watson agrees.
“There’s just under 200 sporting fields in Canterbury Bankstown so we simply don’t understand why they are looking at us as well as the course at Canterbury,” he said.
“It’s absolute stupidity; you can find so many retired people here on any day of the week.
“The club is so beneficial to the elderly and to take that away, or even impose some kind of share restrictions with other sports, would be a big mistake.”
Mayor Khal Asfour said it was important to consult all residents about the future use of the courses.
“There is no intention to change the use of golf courses for anything other than open space for the community,” Mayor Asfour said.
“This is about asking the community how much use they are getting out of the public golf courses and whether we can improve that.”
To have your say, go to cbcity.nsw.gov.au/golfreview or call Nadine Croker on 9707 9638.