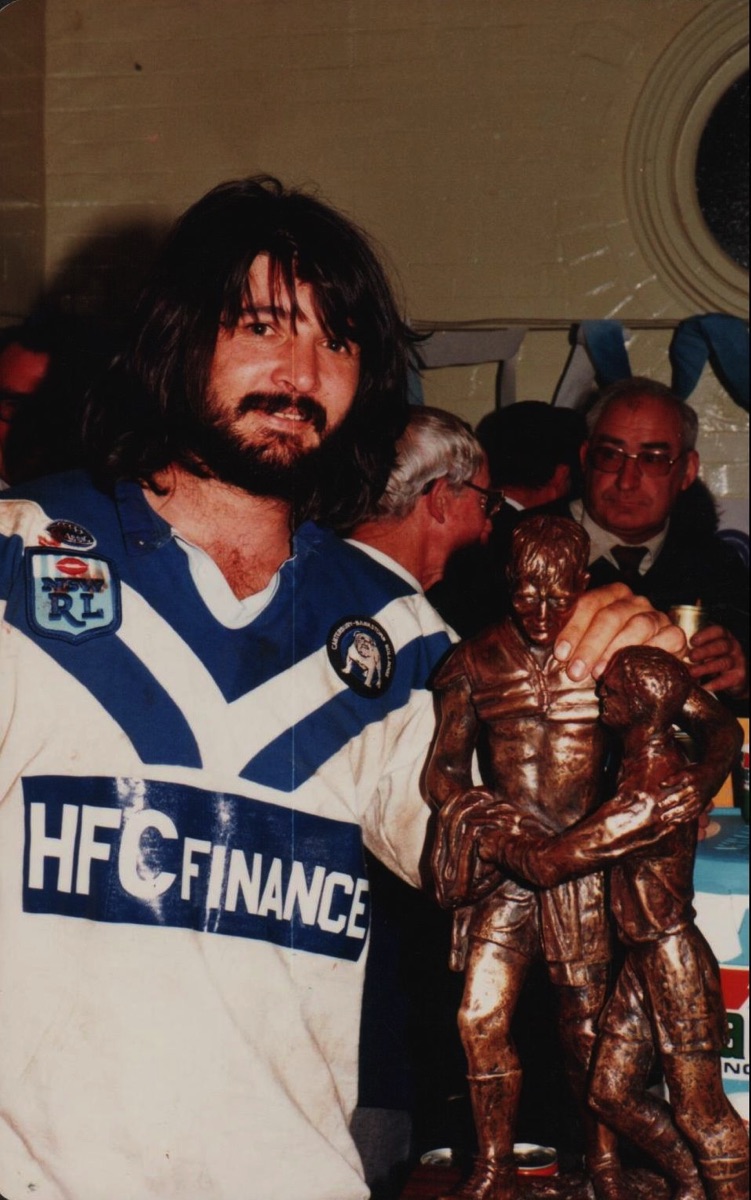 ONE of the toughest rugby league players to pull on a Bulldogs jersey, Geoff ‘Robbo’ Robinson “has been hit for six” after being diagnosed with throat and tongue cancer.

His good mate, Arthur Laundy, Director and owner of Laundy Hotels, said Robbo has been doing it tough – battling cancer and going through chemo – but wants to put a smile on his face and has invited football greats and fans to come to the Twin Willows Hotel at Bass Hill on Friday evening to “pay homage to the great man and share some old stories … it’s a come and see Robbo night”.
“It’ll be a great night, we’ve had a huge response from players, plenty of former Bulldogs, and fans wanting to come along,” Mr Laundy said.
“There are many rugby league greats who have said they will be there – many of whom have travelled from interstate – including the Burgess brothers, as well as Gary Hughes who will be bringing a crew, and that’s just to name a few.
“Robbo was a tough player but he was still loved by many.
“The more the merrier, I just want him to have a happy night.”
The get-together starts at 5.30pm, and while visitors will have to buy their own drinks, the hotel will supply “pickings of food”.
A “cult hero” during his playing days, Robbo, who turned 64 this week, spent his junior years with the Chester Hill club, before joining Canterbury in 1976 as a second row forward and played the first of 139 first grade games in 1977.
He also coached the premiership winning President’s Cup side in 1991 – a team that included Glen Hughes, Craig Polla-Mounter, Jason Smith, Darren Senter, Robert Relf and Barry Ward.