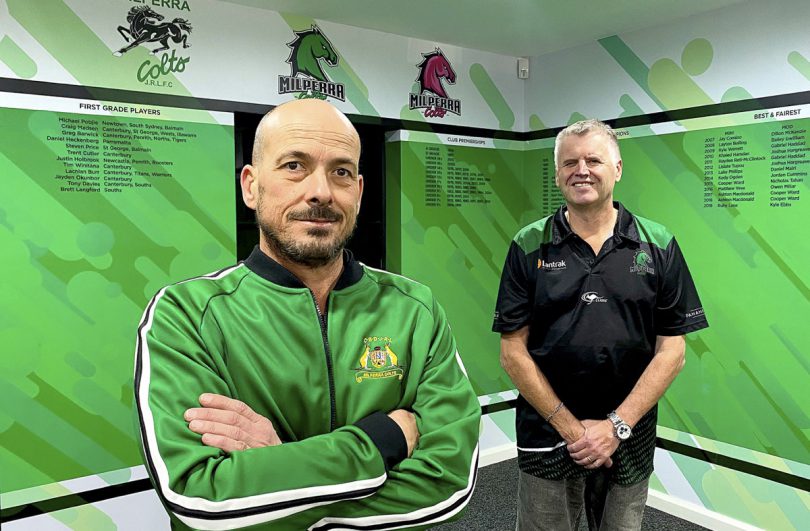 IT may have taken nearly a year, but July 18 should see not only the return to the playing field for Milperra Colts but also the unveiling of their massive clubhouse upgrade to mark the club’s 50th anniversary.

Club secretary and safety officer Dave Harrigan said training would get underway earlier on July 1 to give new players a bit of practice before the competition resumed.
The grounds and clubhouse where many greats grew up, including Gold Coast Titans Coach Justin Holbrook, international footballer Steve Price and first graders Jayden Okunbor, Greg Barwick, Michael Pobje, Craig Madsen and Lachlan Burr, have received a new lease of life with a larger canteen, new flooring, roof, attic, gutters, drainage, female friendly dressing rooms, toilets and grassed area with the walls featuring a laminated honour wall.
“I think there have been about 15 first grade footballers through here,” Harrigan said.
“So we wanted to honour them and also undertake the upgrade as a celebration of our 50th anniversary.”
At the moment, Harrigan is working through and ticking off the council’s return to field conditions so the players are ready at the end of the month.
“We’re doing everything in line with the health authorities, government and the council,” he said.
“We are all extremely happy to be returning soon.
“We were planning on having a large 50th anniversary dinner at Bankstown Sports on October 24 but have had to postpone as we don’t know what’s in store.
“However, we are now making plans to celebrate in late February.”
For more info or if your child is interested in trying out the game or joining a team, go to milperracolts.com.au.