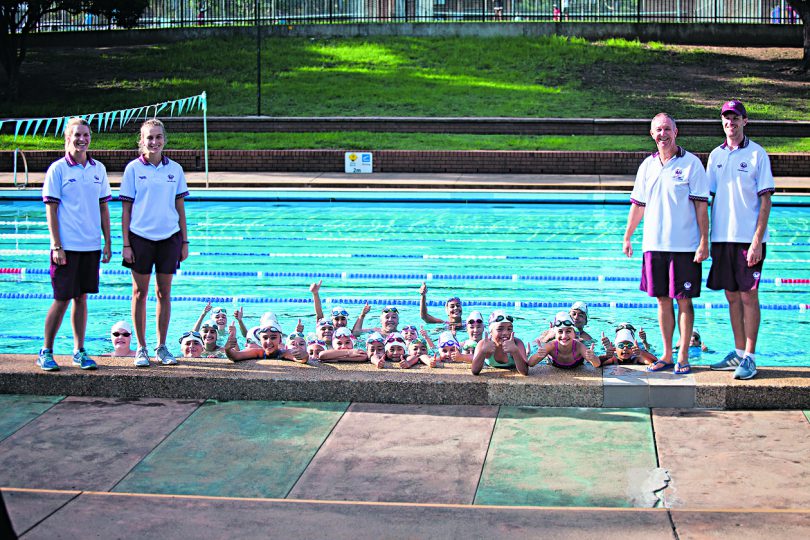 AFTER a year of 50th anniversary celebrations, the Merrylands Amateur Swimming Club will wrap up their 2018-2019 season with a special dinner this Saturday expected to be attended by Swimming NSW president and former Olympic swimmer Chris Fydler and Cumberland Mayor Greg Cummings.

Club president Graham Edwards says the dinner is the culmination of commemoration events held throughout the swimming season, including a ‘Back to Merrylands Day’ in November and a ‘Dive In Movie’ in January.

“Over 50 years, our swimmers have represented at area, state and national level competitions.”

On the weekend, five of the club’s junior swimmers competed in the NSW Junior State Age Championships.

“We have approximately 200 members, with swimmers of all ages participating in a range of activities from learn to swim classes and club races involving children and adults,” he said.

“It is a great family environment with family members racing against each other and team relays where the teams swim against their nominated times.”

Winter training starts at Granville Swimming Pool from this week.

For more information, visit merrylandsasc.asn.au or call Graham Edwards on 0418 551 200.