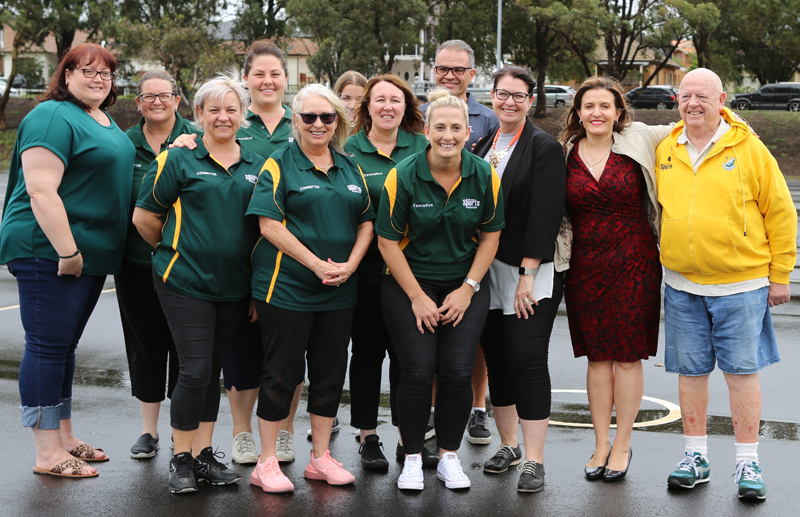 They were joined by guests including Bankstown Sports CEO Mark Condi, State MP for Bankstown Tania Mihaliuk, Bankstown Sports Club board members Caroline Campbell and Richard Phillips as well as members of the sport and community team, who networked with the netball club members over a barbecue.
It’s already a big year for the netball club which is celebrating its 60th season and is one of the founding clubs of the Bankstown City Netball Association.
Club president Ashleigh Renton said she was thrilled to have the courts which would be very beneficial, not only to help the players of the club be able to train on a safe surface but would also be beneficial to help local residents to remain fit and active.
“It has been a long journey for Bankstown Sports Netball Club to have these courts resurfaced and the club is extremely grateful to Canterbury Bankstown Council for completing the works so promptly,” she said.