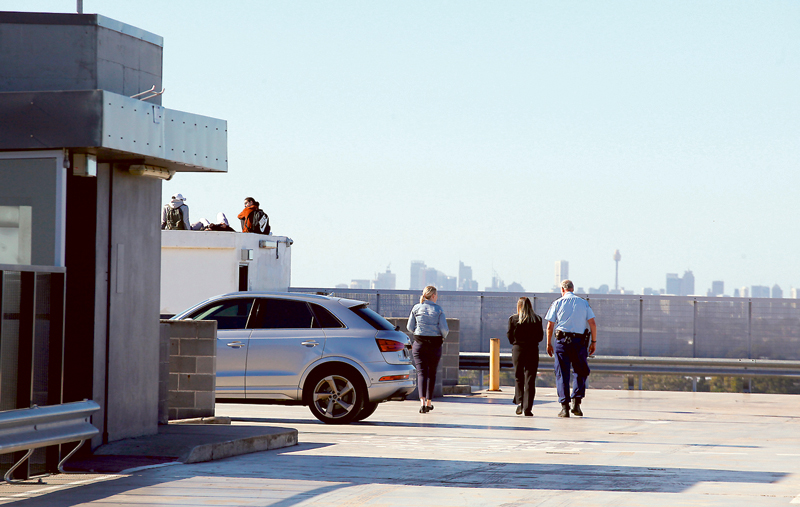 FINDING a parking spot in the Auburn town centre is never easy, particularly at this time of the year.

However it appears that drivers are rarely utilising all of the 566 spaces available in Cumberland Council’s multi-storey carpark in Susan Street.
Officially opened in February 2010, work on the $15 million, multi-storey car park project began in April 2008, with car spaces spread over 10 levels, including 14 disabled bays on the lowest floors.
Parking is free for the first two hours, with a charge of $3.60 for up to three hours and up to $8.20 for five hours or more, meaning that it isn’t popular with commuters.
While the first three to four floors of the car park are usually well-used by shoppers, the upper few floors are rarely at capacity and the Review recently found the top floors blocked off to the public.
The council’s general manager Hamish McNulty says that upper floors of the car park are regularly closed to the public “due to factors like volume as well as the need to carry out maintenance”.
Although the car park is also fully equipped with CCTV cameras and the council’s rangers and security staff conduct regular patrols throughout the day, some drivers the Review spoke to expressed concerns about the safety of the car park.
However, a spokesperson for the Auburn Police Area Command (PAC), told the Review that while officers occasionally issued move on orders to young people, particularly at the top of the car park, it is “not considered a hotspot in the Auburn area” regarding antisocial and criminal behaviour.