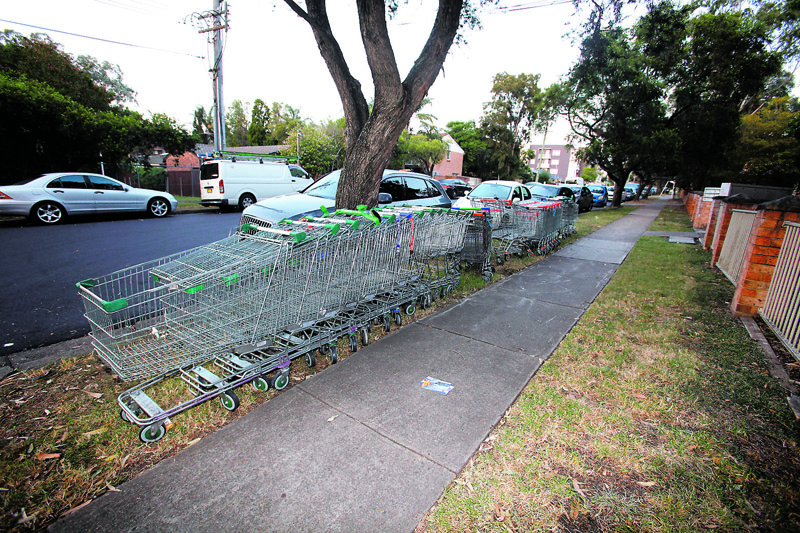 MORE than 1,000 abandoned shopping trolleys have been taken off the streets by four Western Sydney Councils, including Cumberland.

Banding together for the blitz after years of frustration, Cumberland joined the Liverpool, Fairfield City Council and Penrith City councils to round up 550 shopping trolleys on Wednesday.
It followed a similar crackdown in June this year, which hauled in 450 trolleys.
Local Government NSW (LGNSW) President Linda Scott said Liverpool City Council led the coalition of councils on the one-day trolley round-up to emphasise the need for new regulations with teeth to solve it.
“The NSW Government needs to make abandoned shopping trolleys the responsibility of the supermarkets that own them,” she said.
Cumberland Mayor Steve Christou said it was time for the State Government to come to the table and help councils deal with the issue if retailers won’t fulfil their obligations for trolley collection.
“Trolleys dumped on a nature strip or on public land are just an eyesore and this shouldn’t be a problem for us,” he said.