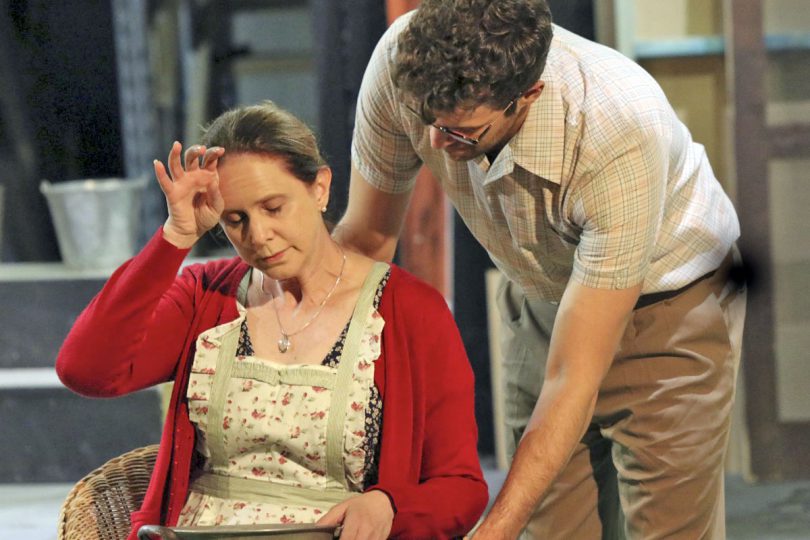 BASED on true events of WWII, All My Sons is Pavilion Theatre’s latest offering debuting this month that examines the American dream through the lives of the Keller family including Mum Kate played by Canterbury actor Leigh Scanlon.

Centred around a company that provided faulty engine parts resulting in the death of 21 pilots during the war, it is a play about profiteering from conflict which is as relevant today as in 1945 when Arthur Miller finished writing it.
Elder son, Larry, has gone missing in action three years previously and Kate clings to the hope he is still alive.
Dad Joe’s company supplied the faulty engine parts but he was exonerated while his business partner, Steve, now serves time for his role in the tragedy.
Steve’s daughter, Ann, had been Larry’s girlfriend but she now plans to marry his brother, Chris, despite Joe and Kate’s misgivings.
Then … revelations throw all into chaos.
Leigh says the challenge of playing the mother, is tearing away the layers that surround her.
“As an actor with limited experience of war, it’s been a real eye opener catching a glimpse of the war era,” she said.
“A play with a perfect pitch, there is drama with a lot of light moments. A play that will leave definitely leave you thinking.”
Catch All My Sons from July 29-August 20; tickets from paviliontheatre.org.au or 9634 2929.