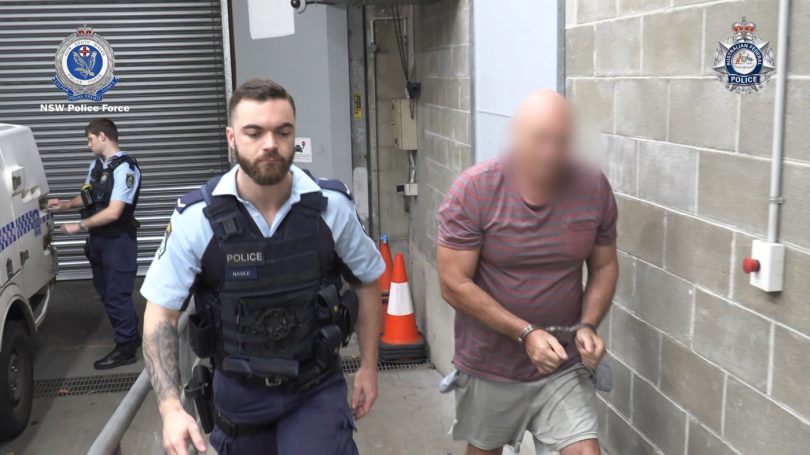 A 61-YEAR-OLD from Condell Park is one of six men charged over an alleged attempt to import 188 kilograms of cocaine.

On Tuesday, March 30, after a series of 11 pre-dawn raids, Kevin Theobald and four other men, aged 60, 69, 66 and 37, were charged with attempting to possess an unlawfully imported commercial quantity of border-controlled drugs, namely cocaine.
A sixth man, aged 49 and in jail charged with offences related to a separate alleged drug seizure in December last year, was also served with a court attendance notice after the raids.
Police will allege the men are part of a transnational criminal syndicate that intended to distribute drugs across Australia.
The investigation into the alleged $47 million international cocaine operation began in February 2019, after the discovery of cocaine supplied by a Mexican drug cartel and hidden in a shipment of 188 aluminium alloy ingots.
Australian Border Force (ABF) officers at a Sydney Container Examination Facility, allegedly discovered approximately 188kg of high purity cocaine hidden in the ingots which sparked an extensive international multi-agency investigation.
During last week’s raids, police allegedly seized cash, various jewellery, multiple electronic devices and approximately 80 ingots from the cocaine shipment stored at a warehouse in Villawood.
AFP commander Kirsty Schofield described the arrests of the men as a significant win in the fight against the illicit drug trade.
Investigations are continuing and NSW Police Drug and Firearm Squad Commander, Detective Superintendent John Watson, also describe the alleged syndicate as “significant”.
“Shutting it down will put a substantial dent in the drug trade in NSW and across the country,” he said.