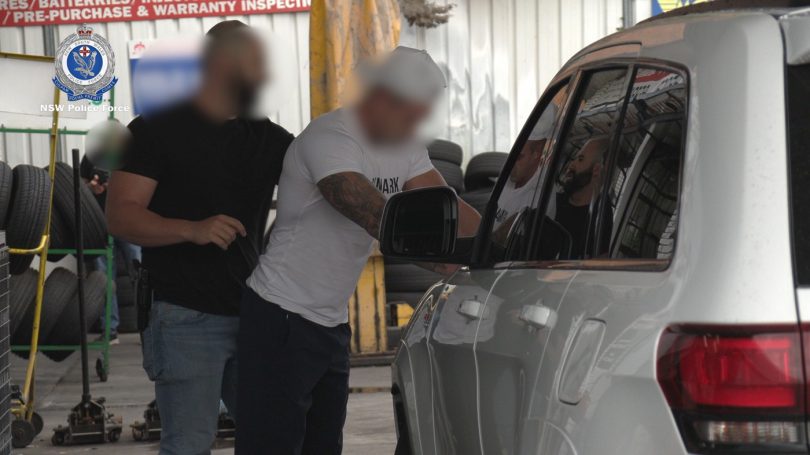 TWO men have been charged following an investigation into a criminal syndicate allegedly supplying prohibited drugs across Sydney.

In May 2020, Strike Force Joalah was formed to investigate the supply of cocaine by a criminal group based in Sydney’s south and south-west.
Following extensive inquiries, search warrants were executed at homes in Revesby, Woolooware and Moorebank last Friday, with a number of items allegedly seized, including cocaine, cash, electronic storage devices, phones, drug paraphernalia, steroids and a poker machine.
A 34-year-old man arrested in Revesby was charged with supplying over 1kg of cocaine and dealing with the proceeds of crime. Police will allege that the man operated a cocaine supply network throughout south-west Sydney.
A 29-year-old man arrested at his Woolooware home was charged with supplying cocaine on an ongoing basis. It will be alleged the man controlled the delivery element of the operation.
Investigations under Strike Force Joalah are continuing.

Woman almost seven
times over drink limit
A WOMAN was allegedly almost seven times the legal limit when she was arrested after crashing a car at Padstow last Tuesday night.
Witnesses called police after the car was seen swerving across traffic lanes on Henry Lawson Drive about 7pm and when it hit a gutter, a tow-truck operator moved his truck to prevent the driver from leaving the scene and police were alerted.
The 53-year-old returned an alleged reading 0.342 and was charged with high-range PCA. Her licence was suspended and confiscated.

Two men arrested for
leg stabbing, holdup
A MAN was allegedly stabbed during a robbery in Bankstown early Sunday morning.
About 1.20am, a 25-year-old man parked his Hyundai I30 on Dale Parade, when he was approached by a group of at least four men, armed with knives, who allegedly demanded his wallet and money before he was dragged from the car, assaulted and stabbed in the leg.
Bankstown Police who were driving by and saw the altercation chased the men through Griffiths Park and arrested two at a unit complex on Northam Avenue.
The men, aged 23 and 29, were charged with aggravated robbery with wounding/grievous bodily harm.
The injured man was treated by paramedics and taken to hospital in a serious but stable condition.

Fleeing motorcyclist
speed up to 200kmh
A MOTORCYCLIST has been charged with multiple traffic offences after allegedly reaching speeds of up to 200kmh in Yagoona.
Police were patrolling Merrylands about 11pm last Friday night when the motorcycle was seen travelling south on Woodville Road at high speed. Police conducted a U-turn and the motorcycle accelerated away at speeds estimated between 150-200kmh in a 70kmh zone.
A short time later Highway Patrol officers attempted to stop the bike on Woodville Road, Villawood, but it continued south at an estimated speed of 200kmh in a 60kmh zone. It was monitored by PolAir through the suburbs of Bass Hill, Chester Hill, and Sefton before it was seen to stop outside a house in Bulwarra Road, where the rider, a 28-year-old man, was arrested and taken to Bankstown Police Station.
The Chester Hill man was charged with police pursuit – not stop – drive at speed, drive recklessly/furiously or speed/manner dangerous, motor vehicle exceed speed more than 45kmh – estimated, and drive when visiting privileges withdrawn and the motorcycle seized for forensic examination.