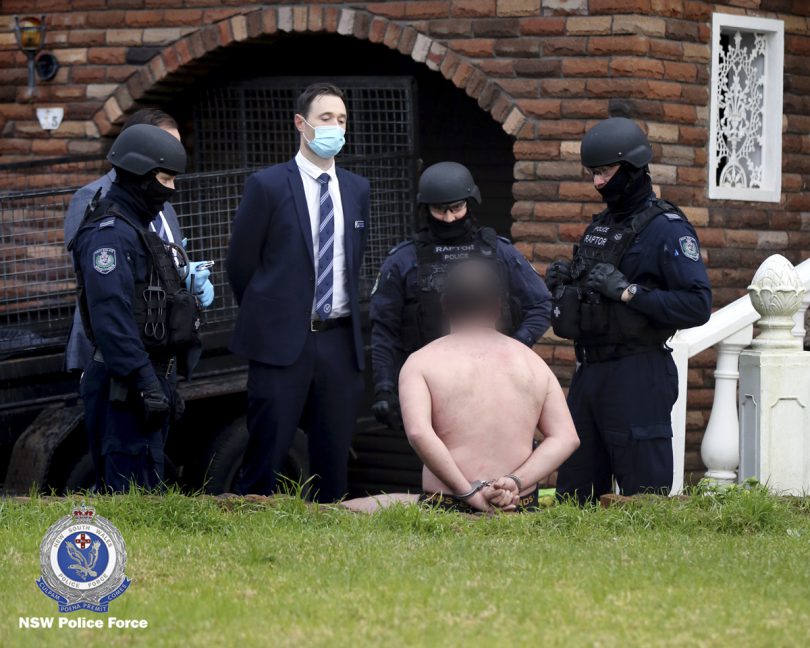 TWO men have been charged over the alleged shooting murder of Mejid Hamzy at Condell Park last year.

About 7.30am on Monday, October 19, 2020, emergency services were called to Simmat Avenue, Condell Park, where nearby they found the 44-year-old with multiple gunshot wounds. Despite the efforts of emergency services he died at the scene.
Strike Force Courier was formed to investigate the murder and last week arrested the 38-year-old and 44-year-old man.
They also searched properties at Liverpool, Peakhurst, Bringelly and Helensburgh and seized four vehicles, including a suspected stolen Porsche, jewellery and several vehicle parts. All items seized during the investigation will undergo further forensic examination.
The 38-year-old man was charged with murder, knowingly deal with proceeds of crime (x2), recklessly deal with proceeds of crime (x8), drive motor vehicle during disqualification period, police pursuit – not stop – drive recklessly, drive recklessly/furiously or speed/manner dangerous, possess prohibited drug, deal with property proceeds of crime, snd knowingly facilitate organised car rebirthing activity.
Police will allege in court that the man was involved in the planning of the murder.
The 44-year-old man was arrested outside a home at Croydon and charged with deal with property proceeds of crime, manufacture prohibited drug (indictable quantity, not cannabis), possess drug manufacture apparatus make prohibited drug, possess precursor intend to use in manufacture/production, possess amount of precursor prescribed by regulations, and supply prohibited drug (indictable quantity).
Police will allege in court that the man was involved in concealing the BMW used in the incident.
State Crime Commander, Acting Assistant Commissioner Darren Bennett, said the arrests are the result of nearly 10 months of investigations by Strike Force Courier detectives.
“Since October last year, investigators have reviewed hours of CCTV vision and spoken to numerous witnesses to ensure those responsible are charged and put before the courts,” Acting Assistant Commissioner Bennett said.
“These investigations remain ongoing and the NSW Police Force will not rest until all the perpetrators of these crimes are behind bars.
“I want to reassure the community that these public acts of violence will not be tolerated by police and that detectives across the State Crime Command are working closely to investigate a number of shooting incidents in the past year.”
Investigations under Strike Force Courier are continuing.
Police are urging anyone that may assist Strike Force Courier detectives to contact Crime Stoppers, 1800 333 000 or nsw.crimestoppers.com.au. Information is treated in strict confidence.