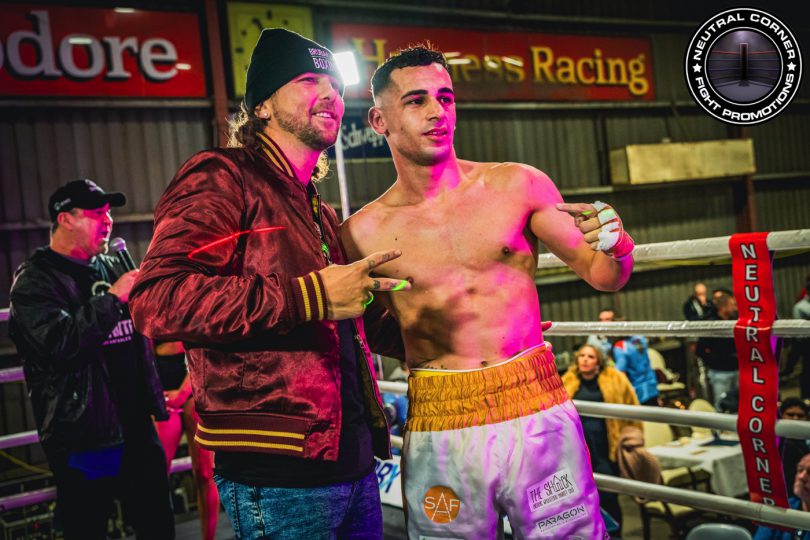 THE Big Chill it was but it didn’t take long for things to heat up at Bankstown Paceway’s Pro-am Boxing Tournament.

Promoter Neutral Corner’s Paul Nasari said the main event was a cracking six rounds that was more like cramming six in 12 rounds, with Bankstown boy Hassan Hamdan beating Jack Moore in the end split decision.
“The former triple world champion Jeff Fenech protege, Hassan took control from the third and outbrawled Moore,” Nasari said.
“Using his reach to advantage, Hassan set the pace before the final decision with some in the crowd having mixed feelings about the final outcome but that’s boxing for you.”
He said the night was another huge success.
“It was an outstanding afternoon and evening and Neutral Corner will be back in mid-August with more fun so stay tuned,” he said.