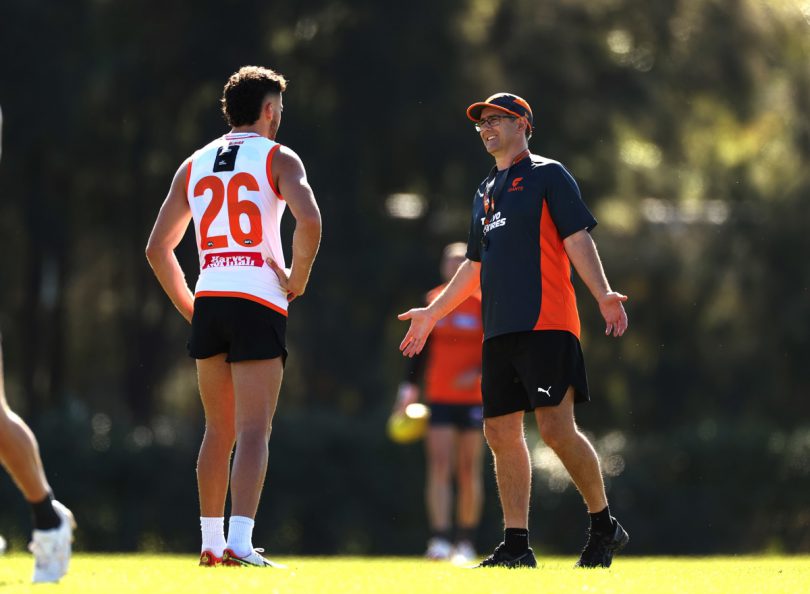 GWS Giants are on the search for a new coach after parting ways with senior coach Leon Cameron (pictured) after the weekend’s 30-point loss to Carlton.

The Giants are languishing near the bottom of the table in 15th place after only two wins this season.
A MASTER from Australian Diamonds defender Sarah Klau has led the reigning champion NSW Swifts to back-to-back Suncorp Super Netball wins for only the second time this season.
The two-time Premiership champion was a colossus for NSW who overcame a shaky start to dominate the Adelaide Thunderbirds in the second half and deliver a 14-goal (54-40) win.
Having beaten the Giants last weekend, Briony Akle’s team were keen to back-up that huge effort and did so, but only after being well tested by the resilient South Australians.
Meanwhile, the Melbourne Vixens have edged out the Giants in an extra-time thriller, following a brilliant comeback from the home side.
The win kept the Vixens second on percentage behind West Coast Fever, who earlier on Saturday defeated the Sunshine Coast Lightning and will host Melbourne on Tuesday.
Giants trailed by 11 points in the second and third quarters at Ken Rosewall Arena, but sensational two-point shooting from youngster Matisse Letherbarrow kept them in the game.
The 20-year-old, who came on late in the second quarter for captain Jo Harten, showed nerves of steel, making eight of her first nine super shots.