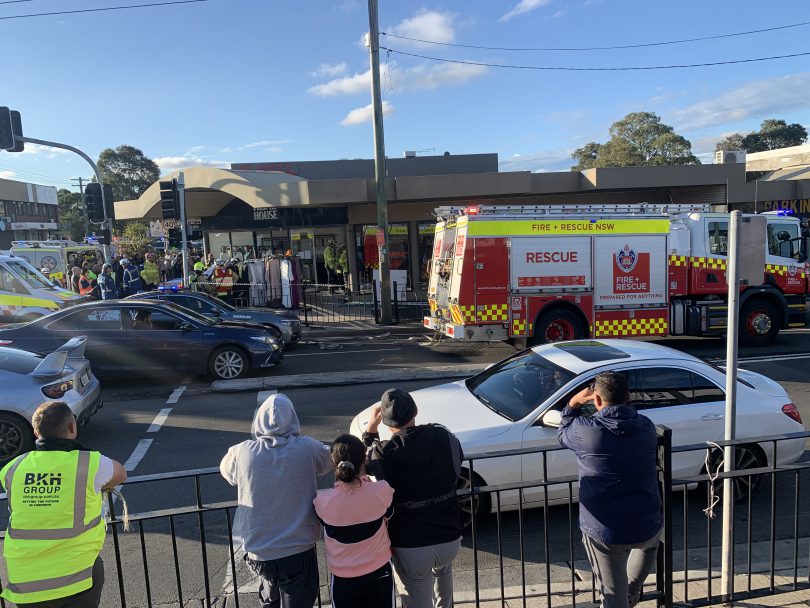 A man has been re-arrested as investigations into a crash at Greenacre yesterday continue.
Just before 3.15pm yesterday, emergency services were called to the intersection of Boronia and Waterloo Roads, Greenacre, after reports of a crash.
A Mitsubishi SUV crashed into a vehicle stopped at the traffic lights before continuing into a nearby shop.
Fourteen people were treated at the scene, before 10 were taken to Liverpool, Bankstown, and Canterbury hospitals in stable conditions. Their injuries are considered non life-threatening.
The Mitsubishi driver, a 51-year-old man, was arrested and taken to Liverpool Hospital under police guard for mandatory testing.
Bankstown Police established a crime scene, which was examined by specialist police from the Metropolitan Crash Investigation Unit.
Upon his release from hospital, he was taken to Bankstown Police Station where he was interviewed by officers from the Crash Investigation Unit, and later released.
Following further inquiries, the man was re-arrested by investigators at a home on Wangee Road, Greenacre, about 1pm today (Friday 22 May 2020), and taken to Bankstown Police Station where he is expected to be charged.