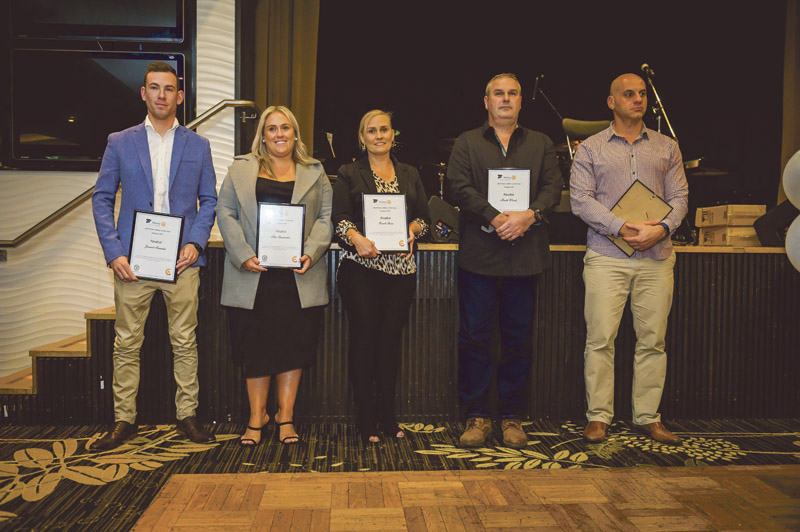 SERGEANT Mena Wolsely has been awarded ‘Police Officer of the Year’.

The Rotary Club of Campsie partnered with Campsie RSL to present the annual Police Officer of the Year awards to say ‘thank you’ to police and staff of the Campsie Area Command for their service and congratulate their extraordinary efforts in the past year.
A spokesperson for Rotary said every day officers put themselves in demanding situations that many of us could never face – many going above and beyond expectations and deserve recognition.

The other finalists for the Officer of the Year, were Constable Jarrad Annakin, Constable Lisa Bowmaker, Senior Constable Nicole Louis, and Leading Senior Constable Heath Woods.
Tina Papilos was awarded the command’s ‘Employee of the Year’ with Sally Pick, Gandhi Sindyan and Robyn Rowlands the other finalists.
The proceeds of the night were distributed between the Police Legacy, an organisation that cares and supports families of the police officers affected by tragedy or life changing circumstances and the Rotary Foundation.