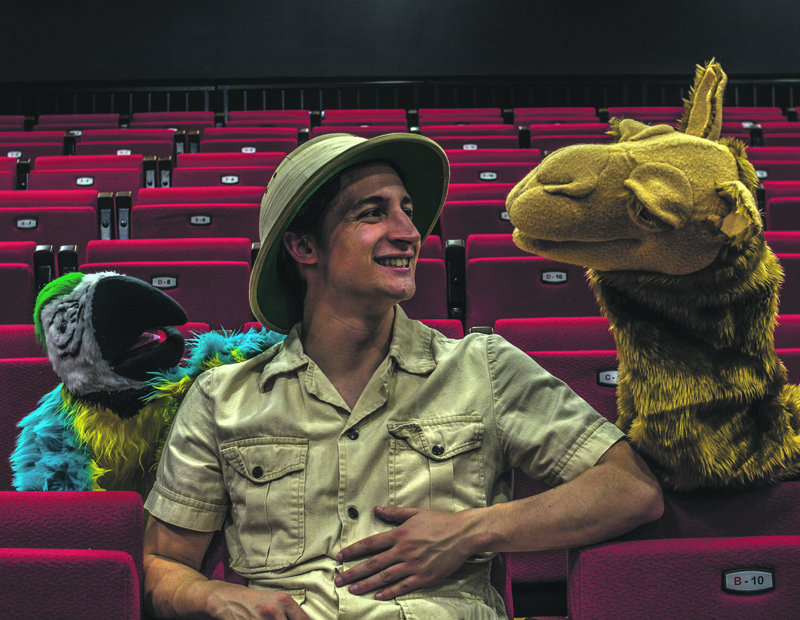 AFTER a successful first season in 2018, one of Australia’s most beloved children’s book series will be brought to life on stage again in April, by theatre company Bookcase Productions, starring Padstow resident Krystiann Mihail and directed by Croydon Park’s Emilia Stubbs Grigoriou. 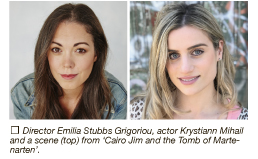 ‘Cairo Jim’ – that well-known archaeologist and little-known poet – is the hero of 15 books written by Sydney author Geoffrey McSkimming since 1991.
He will soon appear live, along with his trusty companions Doris the Macaw and Brenda the Wonder Camel, as part of the Inner West Council’s Edge Spaces program in the Leichhardt Town Hall.
An adventure set deep in the Egyptian desert, ‘Cairo Jim and the Tomb of Martenarten’ follows the heroes on their search for the hidden burial place of a long-lost mysterious pharaoh.
As they unlock the secrets of the past, they will face opposition from Jim’s devious arch-nemesis, Captain Neptune Bone, and his flea-ridden raven Desdemona.
Full of fun, mystery, poetry, puzzles and hijinks, this production will utilise both talented actors and experienced puppeteers to bring the colourful world of Cairo Jim to life.
The founder of Bookcase Productions, Stubbs Grigoriou, also wrote the adaptation and is directing the production.
“I’m thrilled to be bringing Cairo Jim to the stage,” she said.
“This a book that brought adventure to my childhood and I can’t wait to share it with the community.”
Krystiann said: “Cairo Jim has been an immensely rewarding experience for me as an actor. It is a privilege to work with such a talented director and cast to bring this production to life for a second time. It’s a play with an exciting story, lively characters and engaging puppetry – it’s a perfect night at the theatre for all families that should not be missed.”
‘Cairo Jim and the Tomb of Martenarten’ will play from April 16-19.
Tickets: $21-27 at trybooking.com/BISUM.