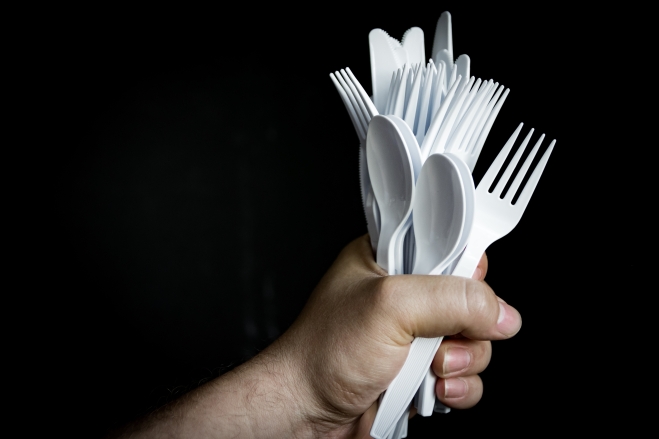 CAFE owners have responded with enthusiasm to the NSW Government’s push to phase out single use plastics from June.

The ban will see straws, stirrers, cotton buds, takeaway containers and polystyrene cups no more after legislation passed in State Parliament earlier this month.
Treasurer and Minister for Energy and Environment, Matt Kean, said plastic packaging and single-use plastics made up 60 per cent of litter across the State.
“Only 10 per cent of plastics in NSW are recycled, with the rest ending up in landfill, or worse, littering our streets, dumped in our parks and washing up in our waterways,” he said.
Berala Kebab House manager Jason Alsan said it was great that the State was getting rid of plastics.
“It’s definitely a good move; I don’t even like to drink water from a plastic bottle, always preferring glass,” he said.
“The only issue will be the cost since plastic is very cheap so I guess we’ll be moving toward the wooden (bamboo) cutlery and cardboard takeaway containers or whatever else they come up with by then.”
One step ahead, the Escape Cafe manager in Merrylands, Valerie Ye is already using cardboard takeaway containers, biodegradable cups and will soon introduce bamboo cutlery.
“It is more costly but the move is essential for helping the environment,” she said.
Likewise Manzil Shrestha of Mrs Field Bakery in Merrylands, has cardboard takeaway containers and all plastic items used by customers at tables during service, are recycled afterwards.
“But if the Government is taking it a step further, then we would support that, it’s a good and necessary move,” he said.