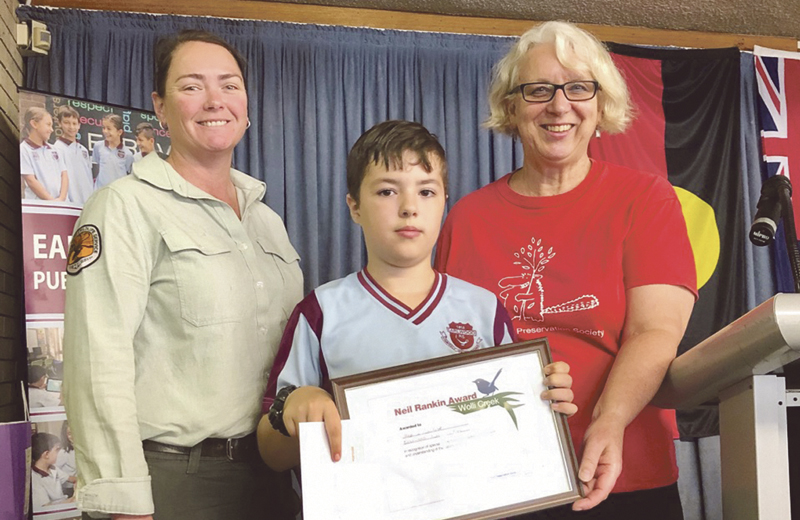 THERE was great excitement among the children from Earlwood Uniting Church Pre School (EUCP) on Friday when they received a Rankin Award from the Wolli Creek Preservation Society (WCPS).

A double celebration as the pre-school also celebrated its 70th birthday, EUCP, or the Bush Preschool as it is known, received the Rankin Award for its weekly excursions to the Wolli Valley bushland that are integrated into the Early Learning program at the preschool.
Earlwood Public School also received a Rankin Award to congratulate Stage 2 teachers for taking children into the bushland for excursions as part of their Geography course.
The Award was presented by Laura Zusters from WCPS and accepted by student Mark Kalfadopoulos on behalf of the school.
The Rankin Award was established by WCPS to recognise the work of the late Neil Rankin, known as the “Birdman of Wolli Creek”.
Members of the public are invited to nominate programs involving children that foster understanding and enjoyment of the natural world.