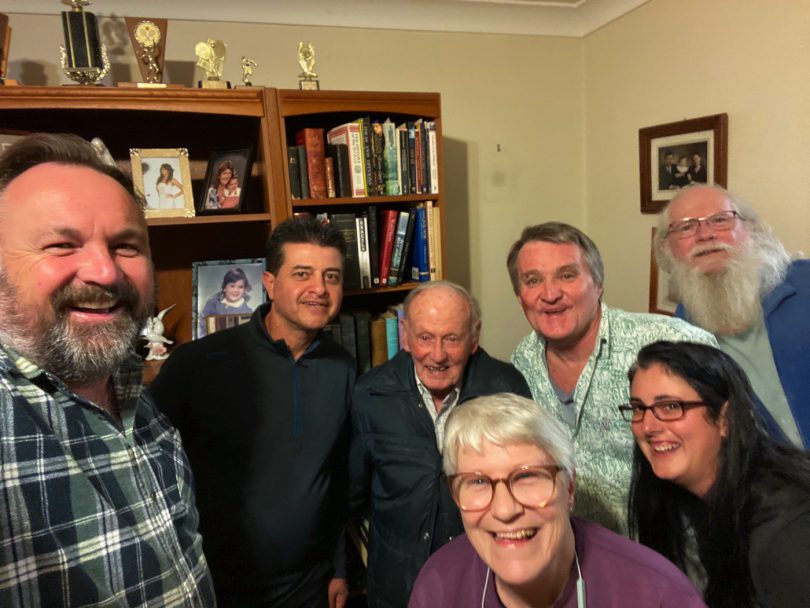 HE may be 101 but Picnic Point veteran John Gibson is still passionate about remnant bushland preservation in Bankstown and the Georges River catchment.

Involved with the Bankstown Bushland Society since its formation in 1988, with son Colin one of the co-founders, John was last week honoured with the group’s first Life Membership after more than 30 years’ service.
Bankstown has about 300 hectares of remnant native vegetation with 900 species of native plants, including many rare or threatened species, such as the recently rediscovered Tylophora woollsii which was found at Chullora.
“This plant had only once before been observed in the Sydney region, by Reverend William Woolls at Parramatta in the mid 19th century,” Colin said.
“Among other pursuits, the Society has taken part in the council’s Bushcare program for volunteers since its inception in 2002 and Dad has always been there supporting our efforts and celebrating our wins.”
A British Army veteran who fought at the Battle of Alamein, John was on the first migrant ship here after the war after he saw an advertisement from the Australian High Commission seeking tradespeople.
“He worked here as a wood machinist and carpenter on building sites before joining Public Works, working as a Sydney Opera House tour guide and then retiring ahead of taking up a wood machinist job with O’Briens at Padstow,” Colin said.
“He’s always been self-reliant and still lives in his own home alone; he was never one for clubs but used to love to take the family camping up and down the coast, to the beach or mountains and he inspired our love of nature.
“He was very surprised and excited to get the first Life Membership and is a very deserving advocate.”