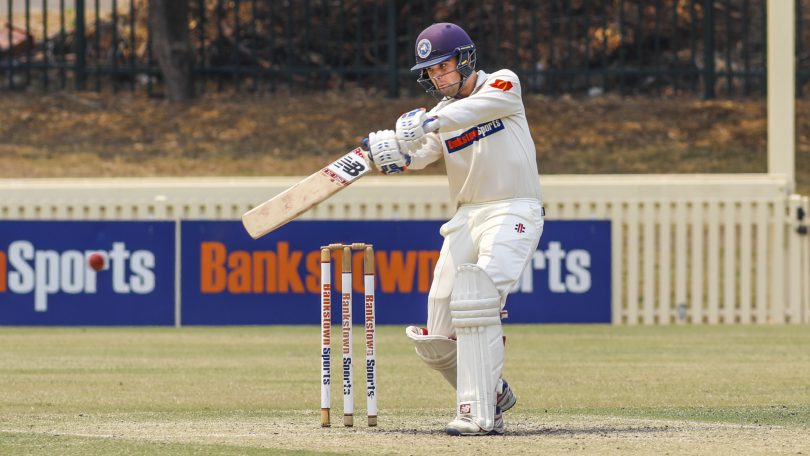 THE Bankstown Sports Bulldogs caused the Uni of NSW Bumble Bees to take flight in the last match of 2019 at David Phillips Field in Daceyville.

It was a conclusive victory for the Bankstown first grade cricket side with Uni scoring just 72 in reply to the Doggies overwhelming 372.
The home side resumed with 1-6 but never looked like threatening against a fired-up attack. Jarred Lysaught made the early inroads with a magnificent spell to take 3-17. He was far too quick for the stumbling Bumble Bees who took flight with great rapidity. Lysaught stung the home side with the ferocity of his bowling as they slumped to a diabolical 3-25.
The paceman shattered the stumps of two top Bees and the Bulldogs were barking vociferously. This was the turning point and the catalyst for an easy Bulldogs win. Liam Hewitt swarmed all over the Bees and hammered home the advantage with 3-15 in his lively spell. Mitch Brown gave the home side no respite and finished with 2-23 to complete the rout.
The home side was invited to follow on and fared much better to be 3-125 at stumps. At the halfway point in the competition the Bulldogs are having their best season ever with the Club leading the Club Championship and placed in the top qualifying spots for all grades.
The Bulldogs returned to Bankstown Memorial for a thriller against Hawkesbury in the Kingsgrove Sports T20 Thunder Conference Final.
Bankstown batted first and scored a handy 142 in much cooler conditions than recent weeks. The mainstay for Bankstown was Daniel Nicotra who is having a super season. He plundered 66 with 3 enormous sixes in an exciting 48 minutes of domination. Aaron Bird was unluckily run out for 23 whilst Ben Taylor chimed in with 21.
The best figures for Bankstown were by Liam Marshall who claimed 2-28 with Brad Simpson, Ben Le Bas, Ben Taylor, Mitch Brown and Daniel Nicotra claiming a wicket each. A classic final but the Hawks just got over the line.